"It is tremendously exciting to be recognized with the Gruber Cosmology Prize," said Bennett. "I have been very fortunate to work with the talented and fine people of the WMAP team, and I am particularly delighted that our entire science team has been honored with this prestigious award." 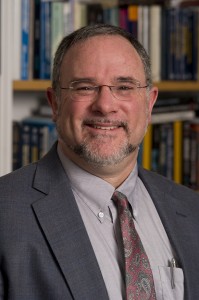 WMAP was launched June 2001 to make fundamental measurements in cosmology, the study of our universe as a while. WMAP was so successful, and its findings are now so widely accepted by the astronomical community, that it established the current foundation for our understanding of the universe, what astronomers call the "standard model" of cosmology.

WMAP achieved this success by scrutinizing the cosmic microwave background, the oldest light in the universe, emitted when the cosmos was just 378,000 years old. The mission was launched in June 2001 and acquired its final science data on Aug. 20, 2010. On Sept. 8, the satellite fired its thrusters, left its working orbit, and entered into a permanent parking orbit around the sun. The science analysis has continued, however, and team is now working toward the mission's fifth and final data release.

The latest analysis, released in 2011, shows that the universe is 13.75 billion years old, a figure accurate to within 1 percent. Only 4.6 percent of the combined matter and energy in the cosmos can be in forms we're familiar with, like atoms, planets and stars. The rest is dark matter (22.7 percent) and dark energy (72.8 percent), phenomena whose gravitational effects can be detected but which astronomers do not yet understand.

"WMAP played a major role in turning cosmology into a precision science," said astrophysicist Alan Kogut, a WMAP team member at NASA's Goddard Space Flight Center in Greenbelt, Md., and one of the people who built the instrument. "It's now orbiting the sun, and aside from the scientific accomplishment, it's satisfying to know that something I helped put together will be around long after me."

This is the second time that Bennett has been honored by the Gruber Foundation. Its 2006 Cosmology Prize was awarded to John Mather at NASA Goddard and the Cosmic Background Explorer (COBE) team, of which Bennett was a member.

The annual Gruber Cosmology Prize recognizes "fundamental advances in our understanding of the universe" and is co-sponsored by the International Astronomical Union (IAU). Bennett and the 26-member WMAP team will share the $500,000 prize. Bennett will be presented with a gold medal at the IAU meeting Beijing in August.