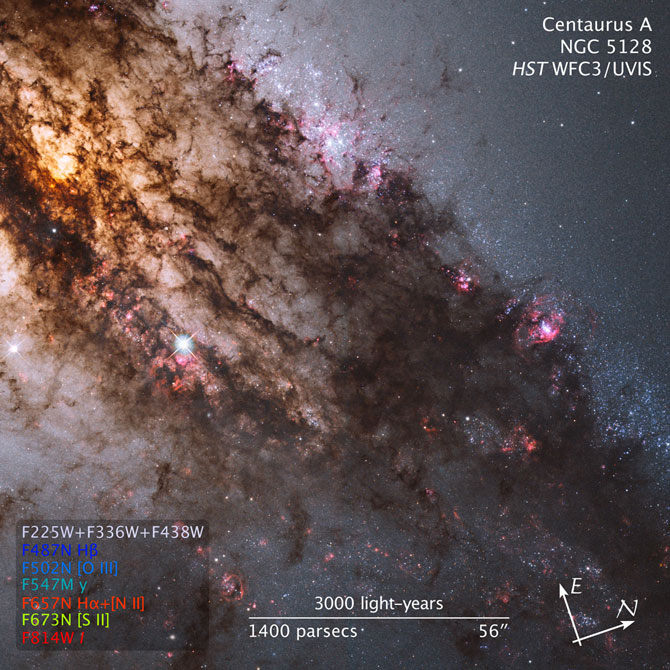 Hubble's panchromatic vision, stretching from ultraviolet through near-infrared wavelengths, reveals the vibrant glow of young, blue star clusters and a glimpse into regions normally obscured by the dust.

The warped shape of Centaurus A's disk of gas and dust is evidence for a past collision and merger with another galaxy. The resulting shockwaves cause hydrogen gas clouds to compress, triggering a firestorm of new star formation. These are visible in the red patches in this Hubble close-up.

At a distance of just over 11 million light-years, Centaurus A contains the closest active galactic nucleus to Earth. The center is home for a supermassive black hole that ejects jets of high-speed gas into space, but neither the supermassive or the jets are visible in this image.

This image was taken in July 2010 with Hubble's Wide Field Camera 3.

For images and more information about the findings, visit:


Cheryl Gundy, STSCI
› Back To Top