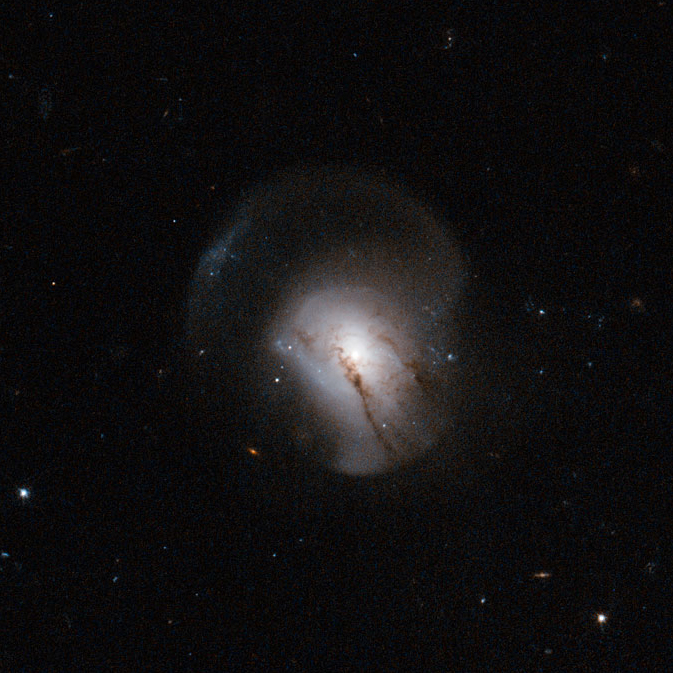 The further away you look, the further back in time you see. Astronomers use this fact to study the evolution of the Universe by looking at nearby and more distant galaxies and comparing their features. Hubble is particularly well suited for this type of work because of its extremely high resolution and its position above the blurring effects of the earth's atmosphere. This has allowed it to detect many of the most distant galaxies known, as well as making detailed images of faraway objects.

Comparing galaxies in the distant past with those around us today, astronomers have noticed that the nearby galaxies are far quieter and calmer than their distant brethren, seen earlier in their lives. Nearby galaxies (although not the Milky Way) are often large, elliptical galaxies with little or no ongoing star formation, and their stars tend to be elderly and red in color. These galaxies, in astronomers' language, are "red and dead."

This is not so for galaxies further away, which typically show more vigorous star birth.

The reason for this appears to be that as the Universe has aged, galaxies have often collided and merged together, and these events disrupt gas clouds within them. A merger will usually be a trigger for such intense star formation that the supply of gas is used up, and no more star formation occurs afterwards. The merged elliptical galaxy then creeps into old age, getting redder as its stars get older. This is expected to happen to the Milky Way when it merges with the nearby Andromeda Galaxy, some four billion years from now.

The galaxy in this image, catalogued as 2MASX J09442693+0429569, marks a transitional phase in this process as young, star-forming galaxies settle to become massive, red and dead galaxies.

The galaxy has tail-like features extending from it, typical of a galaxy that has recently undergone a merger. Studying the properties of the light from this galaxy, astronomers see no sign of ongoing star formation; in other words, the merger triggered an event which has used up all the gas. However, the observations suggest that star formation was strong until the very recent past, and has ceased only within the last billion years. This image therefore shows a snapshot of the moment star formation stopped forever in a galaxy.

A version of this image was entered into the Hidden Treasures image processing competition by contestant Nick Rose. ESA/Hubble & NASA
› Back To Top