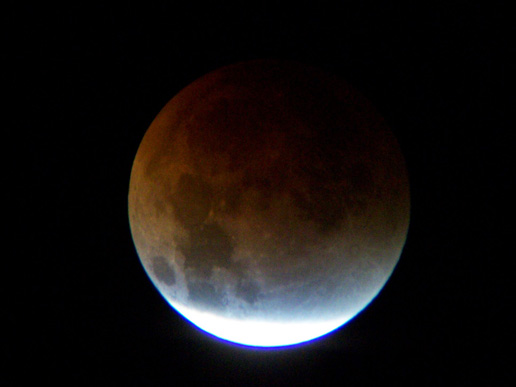 Image above: This image shows the last bit of light creeping away as the Moon slips completely into the heart of the Earth's shadow during the Lunar Eclipse on August 28, 2007. The blue color in this image is caused by the Earth's ozone layer, which gives our planet's shadow a turquise-colored fringe. This image of the Moon was taken by Brian Karczewski of Hemet, California. Credit: Brian Karczewski/SpaceWeather.com

Image below: This image shows the Lunar Eclipse as a series of images of the Moon taken by Dylan O'Donnell in Albury, New South Wales, Australia. Credit: Dylan O'Donnell/SpaceWeather.com 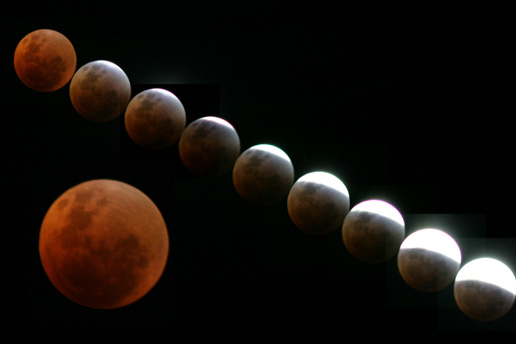 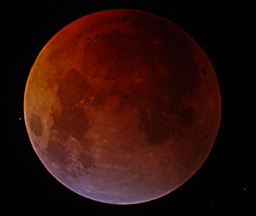 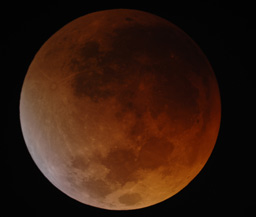