Historical Aspects of Our Sun
Amazing, magnetic, frightening, powerful, beautiful, and spectacular are just a few words that describe the star that nourishes our planet. Mankind, throughout the centuries, has tried to understand this "ball of fire" in the sky.

Sten Odenwald, an astronomer at Goddard Space Flight Center, tells us that we study the sun because it's the brightest thing in our universe. "Obviously, we're really curious about it. It also provides all of our light and heat, which gives us the wonderful climates that we have around the world." 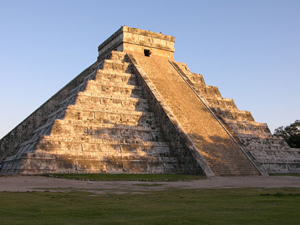 Left image: The Mayan culture in Mexico focused on astronomical almanacs that rigidly controlled behavior and religious ceremony. The Pyramid of Kukúlcan marks the two equinoxes where a snake appears to crawl down the temple.

Historically, humans were thought to be the center of everything and the acts that were performed made them responsible for keeping everything going in this eternal cycle through the seasons and through the years. Beyond that most civilizations had some sort of mythology about the sun whether it was a deity of some sort or a super-natural force that had to be respected. In some grisly situations, there were sacrifices, and not always pigs and dogs and other animals, but human sacrifices as well. 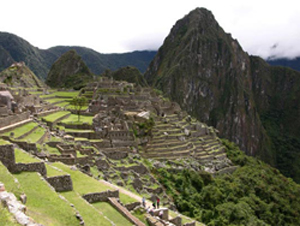 Right image: Machu Picchu is a city located high in the Andes Mountains in modern Peru. It was primarily an astronomical observatory to indicate the date of the two equinoxes and other significant celestial periods.

It's only been fairly recently, in the last few thousand years, that we learned about eclipses of the sun depending on the motion of the moon. Rudimentary methods were made for predicting when eclipses would happen. Just as the presence of the sun gives us light, the absence of the sun in broad daylight or during the middle of the day is something that has terrified humans down through the ages. When people learned to predict when these would happen, those individuals became very powerful, becoming shamans or early scientists. Understanding the sun, its motion and its properties is something that been a cumulative process over human history. Once we developed telescopes and the ability to look at the sun as an object, up close and in detail, we learned even more things about the corona of the sun, the prominences, and sun spots. By the time of Galileo's invention of the telescope in 1609 and going into the 17th and 18th hundreds, there were a lot of studies of the sun as an object. So, it no longer was a mythical object in the sky, but became for the first time, a physical object we could study. 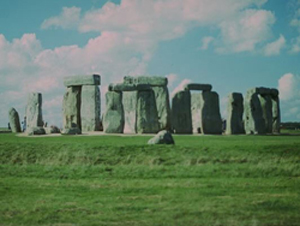 Left image: It is believed that Stonehenge in Great Britain is not merely aligned with solar and lunar astronomical events, but was used to predict other events such as eclipses. In other words, Stonehenge was more than a temple, it was an astronomical calculator.