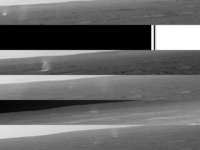 So far, the dust devils are about the same size as those that whip up desert dust and sand in the southwestern United States, though orbital images in past years have detected dust devils in many places on Mars that are up to several kilometers (a few miles) tall, says Shane Thompson, Research Technician with the Planetary Geology Group at Arizona State University.

NASA's Spirit rover spotted the first dust devil of the Mars Exploration Rover mission on martian sol, or day, 421 (March 10, 2005). The dust devil was observed the day after martian winds cleared the rover's deck and increased the amount of power the rover harvested from sunlight shining on its solar panels.

Rover science team member Ron Greeley, Director of the Planetary Geology Group, has been tracking and studying dust devil characteristics in detail on both Mars and Earth for the past couple of years. Scientists believe the small cyclones are seasonal, perhaps linked to wind storms that occur in the martian spring.

"We're trying to determine whether dust devils play a small or large role in changing the surface of Mars in the short-term," says Thompson. 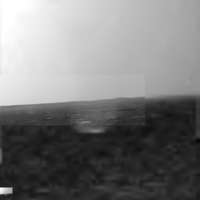