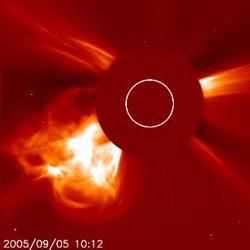 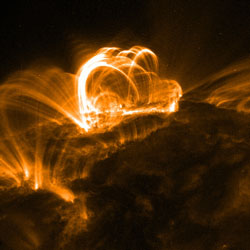 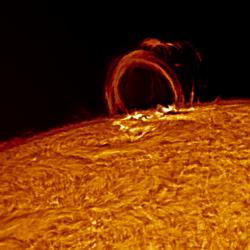 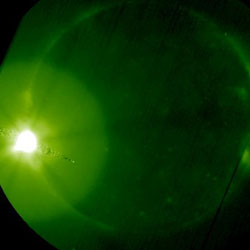 Scientists are currently tracking a large sunspot that has so far unleashed seven major solar flares including an X-17-category blast on Sept. 7, an X-5 on Sept. 8, and an X-1 on Sept. 9. To say this is powerful is an understatement; Wednesday's X-17 flare was the fifth largest ever observed.

With the exception of brief radio blackouts, the flares have had little effect on Earth, although the NOAA Space Environment Center warns that as the spot moves toward Earth, agencies impacted by space weather storms may experience disruptions over the next two weeks. These include spacecraft operators, electric power systems, high frequency communications, and low-frequency navigation systems.

This sunspot is the same one that erupted in mid-August, sparking strong auroras as far south as Utah and Colorado. Over the past two weeks, the active region produced a series of significant solar eruptions as it made its way around the back-side of the Sun (facing away from Earth). Auroras were spotted over the weekend in unusual places like New York, Pennsylvania, and New Hampshire.

Solar flares and coronal mass ejections (CMEs) -- associated giant clouds of plasma in space -- are the largest explosions in the solar system and can pack the force of a billion megaton nuclear bombs. They are caused by the buildup and sudden release of magnetic stress in the solar atmosphere above the giant magnetic poles we see as sunspots.