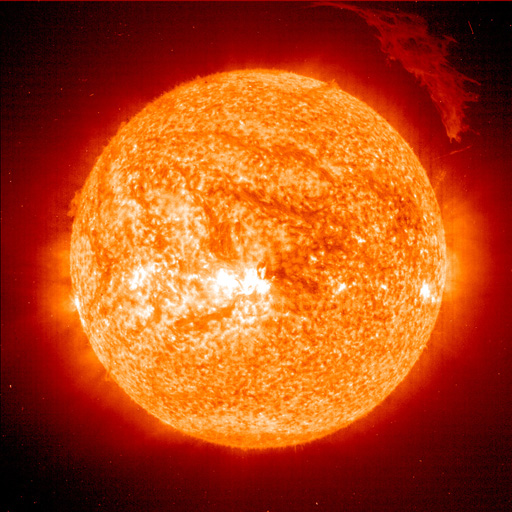 SOHO is a mission of international cooperation between the European Space Agency (ESA) and NASA. It was launched on December 2, 1995 from Cape Canaveral aboard an Atlas IIAS launch vehicle.