Gravity Probe B To Test Einstein's Theory of Relativity
NASA's spacecraft, Gravity Probe B is scheduled to launch from Vandenberg AFB aboard a Boeing Delta II rocket December 6, 2003. The GP-B mission is expected to be approximately 16 months long and its objective is to test Einstein's unverified theory of relativity that states space and time are very slightly distorted by the presence of massive objects. 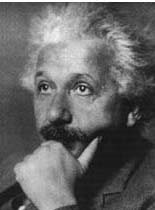 To accomplish this, the mission will measure two factors, how space and time are warped by the presence of the Earth, and how the Earth's rotation drags space-time around with it.

The method that took years of intense research to develop will check very precisely, the expected tiny changes in the direction of the spin axis of four gyroscopes contained in the GP-B Space Vehicle as it orbits a 400-mile altitude directly over the poles. The gyroscopes, free from disturbance, will provide an almost perfect space-time reference system.

The gyroscope, first invented in 1852 by the French physicist J.B.L. Foucault, was an instrument for studying the Earth's rotation by means of a freely suspended flywheel. Over one hundred years of improvements have made it the defining element in the GP-B satellite. 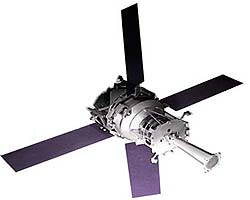 Gravity Probe B is NASA's most thoroughly researched program since the beginning of space exploration. A whole range of new technologies have been invented by physicists and engineers to produce the fine-tuned instruments that make up the GP-B Space Vehicle. Some of the technologies developed for this spacecraft are already being used for other science and engineering projects.

The GP-B satellite will perform experiments that probe the very foundations of space time.

So far the question remains, will Einstein's unverified theories be confirmed by Gravity Probe B and Newton's theories be negated? Or will finding more about the space-time continuum provide us with more questions than answers? More will be revealed after GP-B has transmited its invaluable information to us in the next year.