Views of Tsunami Damage from the International Space Station
The earthquake that rocked the Earth beneath the Indian Ocean Dec. 26 caused massive tsunamis to devastate parts of the coasts of almost a dozen countries inland.

As the International Space Station circled the globe, flying some 230 miles above the affected areas, the Expedition 10 crew captured snapshots from space of the tsunamis’ aftermath.

Below is an image centered on Banda Aceh, Sumatra and Indonesia taken from space onboard the Station before last month’s destructive tsunamis. 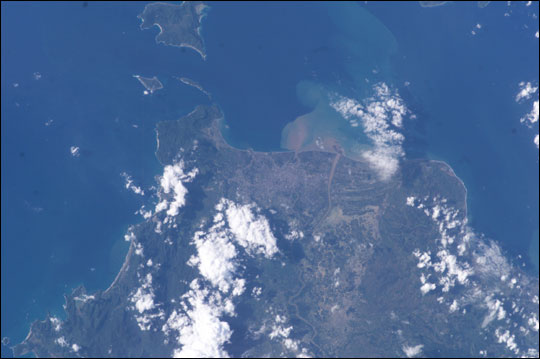 Pictured here, the damaged northwest coastline of Sumatra, about 100 miles from where the 9.0 quake struck, is visible from space. 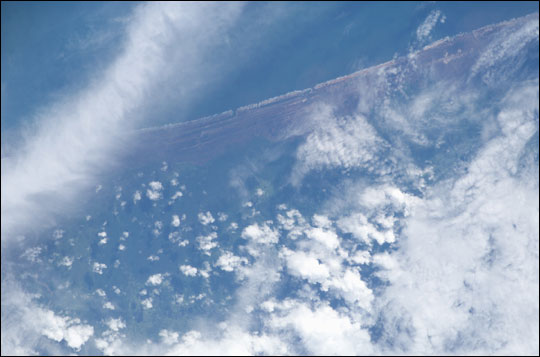 Below the island of Phuket in Thailand, post tsunami, shows large sediment plumes through the clouds taken from the Space Station. 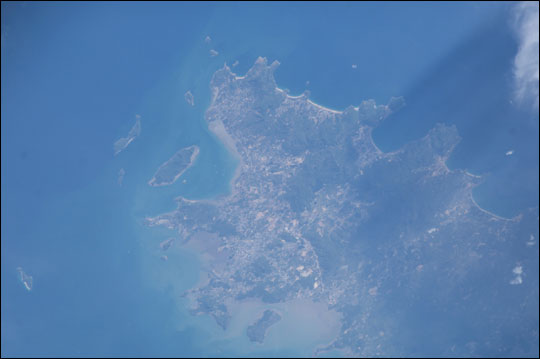 Pictured here, the Station camera confirms reports of no great tsunami damage sustained to the coast of Pulau Simeulue with the small island of Lekon off the northwest coast.