His dream: "to go somewhere new, to do something new." 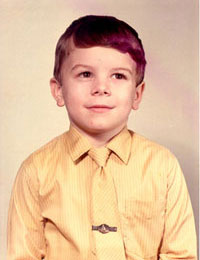 As a boy, Kelly often would crack his bedroom window open at night, listening to the roar of aircraft engines take off and land. The low-flying planes heard just beyond the nearby cornfields where he grew up in small-town Burlington, Iowa, inspired Kelly at a very early age.

Kelly remembers the powerful memories etched in his mind when man first planted his foot on the moon's dusty surface.

"I remember the family coming together around the TV," Kelly reminisced,"and everyone talking about it, my dad taking me out in the yard and pointing to the moon when there were men walking on it."

Like many 5-year-olds enamored with the Apollo moon missions, Kelly proclaimed his destiny -- to become an astronaut and fly into space. Unlike most others, Kelly never wavered from that goal.

When it came time for college, a brochure with a picture of the Air Force Academy Chapel -- an architectural marvel like a myriad of fighter planes massed together, noses jutting toward the sky -- caught his attention.

"I was from a small town in Iowa, never really heard of the Air Force Academy," he said. "No one had gone from my town before." 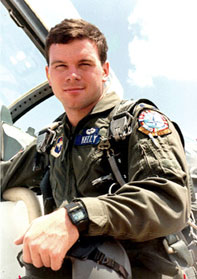 Image to right: James Kelly poses with a fighter plane in this undated photo. Credit: NASA

Ever persistent, Kelly received a bachelor's degree in astronautical engineering from the U.S. Air Force Academy in 1986 and a master's in aerospace engineering from the University of Alabama in 1996. He was selected to NASA's Astronaut Corps and reported to the Johnson Space Center in 1996.

With a proven flight track record, logging more than 3,000 hours in more than 35 different aircraft, Kelly qualified to pilot a Space Shuttle flight crew. In 2001, he successfully piloted the eighth Shuttle mission to visit the International Space Station aboard Discovery, the ship that will return the next Shuttle crew into space.

Now, Kelly embraces the new places to go and the new things to do as he prepares to pilot the Shuttle to space on the Return to Flight mission. As a father of four, Kelly explains to his children that while danger exists, the rewards of exploration far outweigh the risks.

The first Shuttle flight since the loss of Columbia and her crew, STS-114 will test new safety procedures and resupply the International Space Station. The crew has gone through intensive training to ensure a safe return to space for this flight and future flights.

"We're going to do a significant number of new things in a lot of new areas that we had not done before," Kelly said. 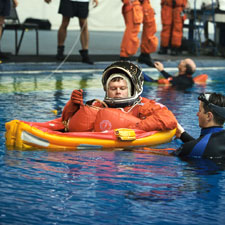 Paving the way to future discovery, the Return to Flight mission will make a historic turn in exploration -- a turn that is not possible without international cooperation and the many faces behind the Shuttle's return.

"The lion's share of the really difficult work to get us back to flight is happening out in the different NASA centers, at the contractor sites, in the engineering offices and places like that," Kelly said.

Humans are in space now seeking new places and pursuing new things. Returning the Shuttle to flight will magnify those new places and new things, making tangible realities for everyone on Earth.

"If you look through history, you see that the explorers and the countries that were doing the exploring, were the ones that were making the world a better place to live in," he said. "That's still true."

New destinations await to be discovered as NASA continues the search for more answers in the universe.

"I'm just in love with getting off this planet," Kelly said. "Ten centuries from now, I think that humans are just going to keep pressing on there."