STS-114 Shuttle Crew Interviews
Why do the astronauts who will return the Space Shuttle to safe flight believe human space flight is worth the risk? How has their approach to space flight changed as a result of the Columbia accident? What will they do to ensure that the Shuttle's exterior is sound for re-entry? These are among the questions answered by the next Space Shuttle crew, STS-114, in a series of videotaped interviews. 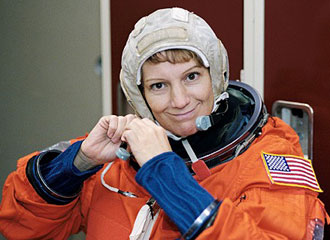 STS-114 Commander Eileen Collins
Commander Eileen Collins said: "I am a huge believer in human exploration. Just think about the history of our country and the history of the world. People have flourished around this planet because I think we humans have something inside of us, a need to explore ... I'm honored to be part of that and I'm proud to be part of it. I want to be able to hand on that belief or enthusiasm that I have to the younger generation because I want us to continue to explore."
+ Read the complete 2005 Collins interview.
+ Read Collins' 2004 interview. 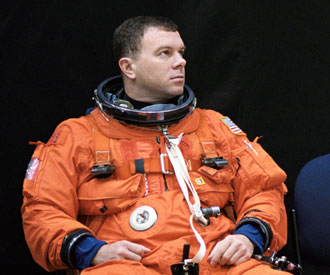 Pilot James Kelly said: "I never expected on our flight to have what NASA would call a certified repair method. In other words, I never expected them to hand us this magic box that says we know this will absolutely work the first time ever done in space, and so you'll be safe if you do this ... I've really been personally pushing on being able to inspect [the orbiter's exterior] to figure out if we've got anything wrong, and then also making that decision very well of whether we need to be repaired or not."
+ Read the complete 2005 Kelly interview.
+ Read Kelly's 2004 interview. 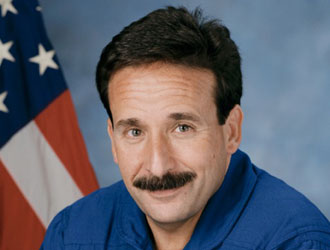 Mission Specialist Charlie Camarda said: "[There] are risks in every job. This job has more risks. I ... have always believed that technology was the answer to a lot of our problems here on Earth, and I firmly believe that problems with respect to the environment, with respect to fuel shortages, can only be answered with technological solutions. We can't turn back the hands of time. I believe it's very important for our country ... and for the world to basically continue to explore. That's why I do it, and that's why I would support anyone else that does it, because it's so important for our children to have a goal, to have a dream."
+ Read the complete 2005 Camarda interview.
+ Read Camarda's 2004 interview 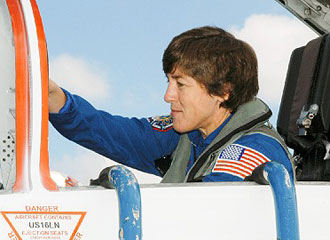 Mission Specialist Wendy Lawrence said: "How many people can say that they're living their dream? ... It's really refreshing to get up in the morning and to look forward to going to work. I tell that to young people. I say, 'You will be very, very blessed if you can find a career where you get up in the morning and really look forward to going to work; where you have a job that you would be willing to pay to do, rather than be paid.'"
+ Read the complete 2005 Lawrence interview.
+ Read Lawrence's 2004 interview. 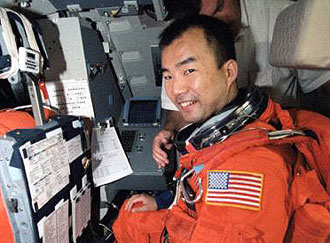 Mission Specialist Soichi Noguchi, representing the Japanese Aerospace Exploration Agency (JAXA), said: "Time away from my family is one of the big drawback being assigned to the flight. But again, we talk about what I'm doing as an astronaut to train for this mission and hopefully that will be motivation as well to my family, my wife and kids, so that they feel that they are part of the big team for this Return to Flight."
+ Read the complete 2005 Noguchi interview.
+ Read Noguchi's 2004 interview. 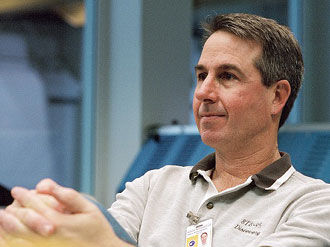 Mission Specialist Steve Robinson said: "[The] redesign of the external tank and the way the foam was applied has gone through many iterations. The folks involved with it have done just a fantastic job putting that foam on this tank. We've gone down and looked at that tank many times, talked to the people from the managers all the way down to the guys ... and the women with the spray guns, and I personally feel confident that they have done the best job that humans can do to get this tank ready to go."
+ Read the complete 2005 Robinson interview.
+ Read Robinson's 2004 interview. 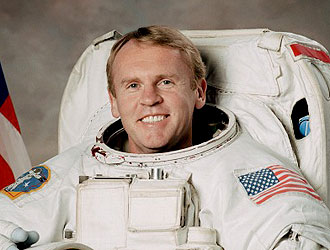 Mission Specialist Andy Thomas said: "A lot of people have worked very hard on this effort. It's actually quite impressive, I think, to realize what has been done in the two years since the accident with all the corrections to the tank, all the detection systems, the camera systems, and of course the large boom we're carrying that'll do the inspections."
+ Read the complete 2005 Thomas interview.
+ Read Thomas' 2004 interview.