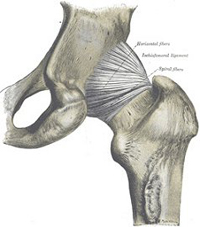 Even while astronauts are hard at work, they float through the International Space Station with ease. They have fun "swimming" through air and turning somersaults in the Station's near-weightless, microgravity environment.

But living in space is bad for bones and muscles accustomed to Earth's constant gravity. Bone loss experienced by spacefarers is temporary, but it is similar to bone deterioration, or osteoporosis, experienced by millions of Americans each year.

To study bone loss, Amgen, a biotechnology company with headquarters in Thousand Oaks, Calif., works with BioServe Space Technologies Inc. BioServe, a NASA Research Partnership Center at the University of Colorado in Boulder, has completed 23 research missions in space during the last 12 years. On one of these missions, Amgen flew an experiment on NASA's Space Shuttle.

Since bone loss occurs more rapidly in space, Amgen used the Space Shuttle as a test bed for a new medication to treat bone loss or osteoporosis. Amgen discovered osteoprotegerin (OPG) in the mid 1990s, and is conducting human clinical trials to evaluate its safety and effectiveness in treating osteoporosis and bone loss associated with cancer that has spread to the bones.

"OPG appears to prevent bone loss in a variety of diseases, including cancer, and we anticipate that a drug based on this molecule will be effective in preserving bone mass, whether in astronauts or the millions of Americans suffering from osteoporosis," said Dr. Paul Kostenuik, a research scientist in Amgen's Metabolic Disorders group.

"We're working to make better artificial bones from ceramics that are so much like real bone that they actually meld with living bone," said Dr. Mike Duke, the director of the Center for Commercial Applications of Combustion in Space, a NASA Research Partnership Center at the Colorado School of Mines in Golden, Colo. "Such implants wouldn't come loose or need to be replaced as often."

Why are bone implants being made by a research center that studies combustion? Because the ceramic bone replacements are made by burning powders at high temperatures to create materials that react and form new substances.

"What we've made is like the weak interior of a bone, but it doesn't yet have a strong outer layer," said Duke. "We need to learn to control our production process and mimic the stratification of actual bones."

Samples produced on the KC-135, NASA's "vomit comet" aircraft that provides brief periods of weightlessness by flying roller coaster-like parabolas, had larger and better-connected pores. Soon the team will be able to use a new Space Station refrigerator-size facility called Space-DRUMS™ to process the bone implant material in orbit.

Guigné International, a company located in St. John's, Newfoundland, Canada, built Space-DRUMS™ and recently delivered it to NASA's Kennedy Space Center, Fla., where it is being prepared for delivery to the Station when Space Shuttle flights resume. Guigné developed the facility to improve materials processed for everything from electronics and jet engines to fiber optic lines and dental crowns.

Rocks in Your Gas Tank
http://science.nasa.gov/headlines/y2003/17apr_zeolite.htm