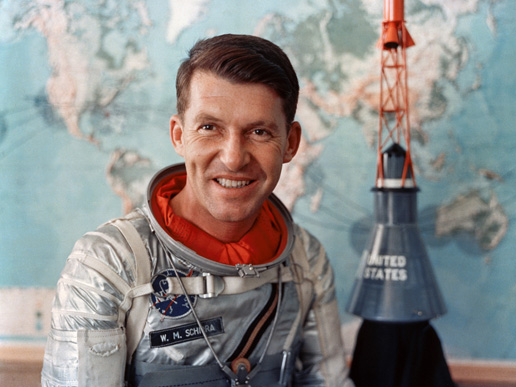 Wally Schirra, the only astronaut to fly in the Mercury, Gemini and Apollo programs, has died. He was 84 years old.

Schirra's NASA career began with his selection as one of the original seven Mercury astronauts in 1959 and spans the period from Americas first tentative steps into space to the missions to the moon.

Schirra flew on the fifth Mercury flight in 1962, orbiting the Earth six times. He commanded Gemini 6A in 1965, a flight with Tom Stafford that had the historic distinction of being the first rendezvous of two manned, maneuverable spacecraft. Gemini 6A and Gemini 7 flew in formation for five hours, as close as one foot to one another.

Schirra also commanded Apollo 7, the first manned Apollo flight. During that 11-day flight in Earth orbit in 1968, he and fellow crewmembers Walt Cunningham and Donn Eisele tested the Apollo systems and proved it was ready to take astronauts to the moon.

In what was a precursor of things to come, Apollo 7 transmitted the first television feed live into commercial networks from space during its 260-hour flight.

"With the passing of Wally Schirra, we at NASA note with sorrow the loss of yet another of the pioneers of human spaceflight," NASA Administrator Michael Griffin said. "As a Mercury astronaut, Wally was of a member of the first group of astronauts to be selected, often referred to as the Original Seven."
+ Administrator's Statment

"Despite our good natured competition for flights into space," said Carpenter, "Wally strove to bring a smile to everyone he met and its with a smile that I will forever fondly remember him."

President Bush also mourned Schirra's passing. "His ventures into space furthered our understanding of manned space flight and helped pave the way for mankind's first journey to the Moon," said the President. "Laura and I join Wally's family and friends and the NASA community in mourning the loss of an American hero."

Schirra retired from the Navy as a captain and from NASA in 1969 and became a commentator with CBS Television. His enthusiasm and knowledge of the space program made him a widely known national and international figure. 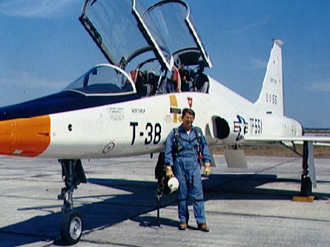 He complemented Walter Cronkite and the two became a powerful space-coverage team. Schirra worked for CBS from 1969 to 1975. He also engaged in a range of business activities and in 1979 formed his own consultant company, Schirra Enterprises.

Walter M. Schirra was born in Hackensack, N.J., on March 12, 1923. He graduated from the U.S. Naval Academy in 1945, and from Naval Flight Training at Pensacola Naval Air Station, Fla., in 1947. After service as a carrier-based fighter pilot and operations officer, he attended the Naval Test Pilot School at Patuxent River, Md. He flew fighters during the Korean War under an exchange program with the Air Force.

Schirra was one of the original seven Mercury astronauts introduced to the public on April 1959. The seven were chosen from among 110 selected test pilots from the Air Force, Navy and Marine Corps, after exhaustive physical and psychological examinations.

In 1961, the program moved to the newly established Manned Spacecraft Center (now the Lyndon B. Johnson Space Center) near Houston. Schirra was enthusiastic and outgoing and like others among the Mercury astronauts, he was not above an occasional practical joke. "Levity makes life a lot easier," he once told a Houston reporter.

Schirra's Gemini flight with Stafford was something of an improvisation. They had been scheduled to rendezvous in orbit with an unmanned Agena to be launched 90 minutes before the Gemini liftoff. But six minutes after the Atlas-Agena left the pad it exploded, and the Gemini 6A launch was postponed. 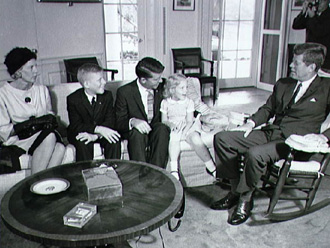 Eventually it was decided to use Gemini 7 as a rendezvous target for Gemini 6A. Both were to be launched from Pad 19 at Cape Canaveral, so a record turnaround of the pad was necessary. Working around the clock, crews got the pad ready in just eight days after the Gemini 7 liftoff.

The Gemini 6A countdown reached zero on Dec. 12, 1965, and the rocket engines ignited – then shut down. The two astronauts had to wait almost half an hour atop the fueled rocket before getting out of the capsule. The problem turned out to be minor, the failure of an electrical connection.

Three days later, Gemini 6A was launched without a hitch. The mission proved the spacecraft could be readily maneuvered. It was an encouraging development in the race to reach the moon.

By the launch of Apollo 7 in October 1968 -- the first human flight in an Apollo spacecraft that had been much improved after the tragic Apollo 1 fire on the launch pad almost two years before -- the moon landing seemed to be coming within reach. The success of the flight proved that it was.

Accomplishments of the mission commanded by Schirra resulted in the next flight, Apollo 8, becoming the first to orbit the moon. 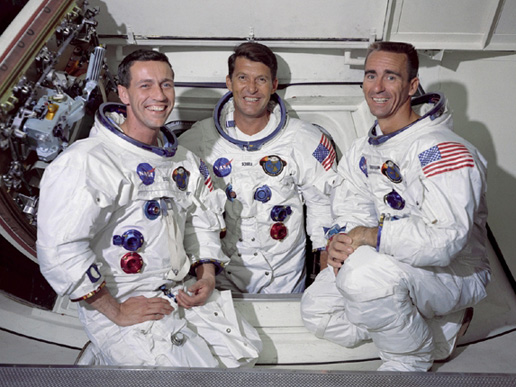 He was awarded honorary doctorates by several institutions of higher learning.

He was active in a number of organizations and was a founding member and director of the Mercury Seven Foundation. He also was a director of the San Diego Aerospace Museum, a trustee of the Scripps Aquarium, and a member of the International Council of the Salk Institute.