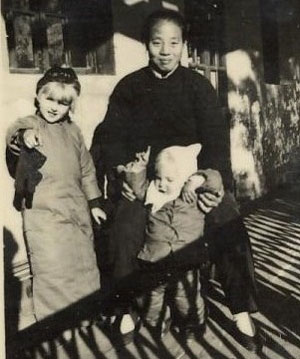 Like many of her fellow astronauts, Shannon Lucid has marveled at the view from space of China. Having flown in space five times, including 179 days aboard the Russian space station Mir in 1996, Lucid, who currently supports our human spaceflight missions at NASA's Johnson Space Center in Houston, has extensive experience seeing the world’s third largest nation from orbit, including such sights as the vast Gobi Desert, the long flowing Yangzte River, and China's booming coastal cities.

She vividly recalls seeing fires in neighboring Mongolia during her time on Mir that were only reported in the media weeks later because they were so isolated. But what made those overpasses even more special for Lucid is her heritage as being the only member of the astronaut corps to be born on mainland Chinese soil, in Shanghai. The daughter of Baptist missionaries, J. Oscar and Myrtle Wells, Lucid has returned to the land of her birth, accompanying NASA Administrator Michael D. Griffin on a five-day trip at the invitation of Sun Laiyan, administrator of the China National Space Administration.
+ Administrator Griffin Visits China

During their visit, Griffin and Lucid are touring several aerospace facilities in Beijing and Shanghai, including facilities where Chinese spacecraft and payloads are developed. Griffin says his goal on the trip "is to become acquainted with my counterparts in China and to understand their goals for space exploration."

For Lucid, the trip will bring back memories of her unique childhood upbringing. As an infant, in 1943, during the height of World War II, Shannon was held captive along with her parents, aunts and uncle, and grandparents, by the Japanese Army in Shanghai's Chapei Civil Assembly Center prison camp. Shannon learned to walk in early 1944 onboard the Swedish ship Gripsholm, the world’s first transatlantic motorship, which transferred Shannon and her parents back to the United States as part of a peaceful exchange of noncombatant citizens of the warfaring nations. The Gripsholm made its way back to the U.S. via India and South Africa. While in port in Johannesburg, Shannon received her first pair of shoes. 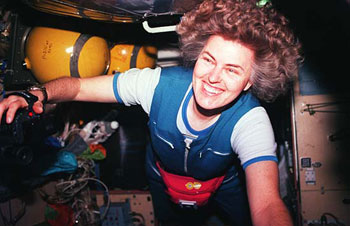 After her family spent the rest of the war years in Fort Worth, Texas, they returned to China, along with her newly-born brother Joe and sister Ann, and lived at times in Shanghai, Nanking and Anking. Because her siblings were frequently ill, Shannon, then four, would join her father on his travels. She recalls constant attention because of her blond hair and blue eyes, and wondering why she couldn’t have "black hair and brown eyes like everyone else." Her father took this as an opportunity for a teaching moment, telling Shannon, "You have to be happy with the way you are. That's the way God created you."

Lucid also remembers being enrolled at an early age in a Chinese speaking elementary school, due to her fierce desire to learn how to read. At age five, Shannon took her first plane ride along with her mother, brother and sister, to a mountainous region of China, where they joined her father. As that DC-3 turned on final approach to a smooth touchdown on a gravel runway, Shannon thought to herself, "That’s the most remarkable thing that a human being can do. I’m going to do that when I grow up."

Some 14 years later, as a student at the University of Oklahoma, she took her next plane ride, this time a flying lesson. Soon after, Lucid received her pilot's license. Lucid earned three degrees from the University of Oklahoma, cumulating with a Ph.D. in biochemistry in 1973. In her early career she worked in a variety of academic assignments related to her field. Lucid was selected for the NASA astronaut program in 1978, joining Margaret Rhea Seddon, Kathryn Sullivan, Judith Resnik, Anna Fisher and Sally Ride in the first class to admit women, and subsequently flew five times on the space shuttle.

Asked about her expectations for China trip, Lucid says, "I think it’s exciting to go. China has developed a space program on its own. They are one of only three countries to build their own human space vehicle and launch it. That's a remarkable achievement. You always learn something from somebody else and we have a lot to learn from them."

Lucid, who spent several months in Russia training for her mission to the Russian space station Mir adds that, "When we went to Russia the thing that struck everybody is that the reasons that people want to go into space are the same; it doesn’t make any difference what country you come from.

"Now at a certain level, a high level, there’s all this political stuff. But on a personal level, the working level, people’s motivations are the same. It was a neat thing to be able to associate with the cosmonauts and find out about the history of all they had accomplished. We at NASA have learned from working with the Russians, and hopefully, the Russians have learned from us. We both have stronger space programs because of our cooperation."

Shannon Lucid's return to China has been a long time coming. And she wants her hosts to know that she is really looking forward to seeing the land of her birth from a vantage point closer than 240 miles above.