NASA Nanotechnology Comes to Market
Finding affordable ways to make technology available to everyone is a common challenge. Now, NASA has done that with the process that creates "nanotubes." 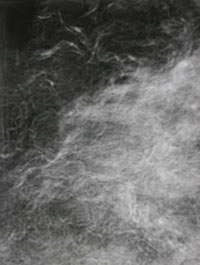 A nanotube is a tiny, hollow, long, thin and strong tube with an outside diameter of a nanometer that is formed from atoms such as carbon. A hair from a person’s head is around 50,000 nanometers wide. If you split a hair into 50,000 strands, that would be the width of a nanometer.

Nanotubes are also stronger than steel, so long filaments can be used to create super-tough lightweight materials. To understand how strong a nanotube is, think of a hair holding up a barbell.

Although the carbon nanotubes were discovered 15 years ago, their use has been limited due to the complex, dangerous, and expensive methods for their production.

However, researchers Drs. Jeannette Benavides and Henning Leidecker at NASA's Goddard Space Flight Center, Greenbelt, Md., developed a simpler, safer, and much less costly process to make these carbon nanotubes. The key was that they figured out how to produce bundles of these nanotubes without using metal, which reduced the costs tremendously and made a better quality product. 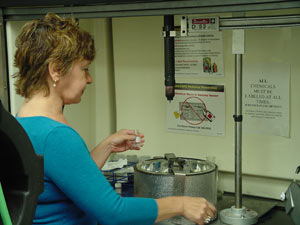 Earlier this year, NASA licensed its patented technique for manufacturing these high-quality "single-walled carbon nanotubes" to Idaho Space Materials (ISM) in Boise, Idaho. Now the carbon nanotubes based on this creation process are being used by researchers and companies that are working on things that will impact almost every facet of life, such as new materials with ceramics and polymers. Polymers are tiny molecules strung in long repeating chains, like DNA in our bodies. Polymers are also in proteins and starches in foods we eat, or in plastics, for example.

"ISM believes that carbon nanotubes will be a building block for a better world, making people’s lives better through a wide range of uses, including medical advances, fuel cells, video displays, solar cells, and a host of other applications," explained ISM vice president Roger Smith.

"I’m very excited to see that this agreement is now making carbon nanotubes more readily available, particularly for academic and other research programs," said Dr. Benavides, who demonstrated the technology to ISM and provided expertise during process to make the technology come to market. "The fact that they now have access to lower cost carbon nanotubes [means great things] for the future of nanotechnology."

The sharing of this technology was made possible by the efforts of NASA’s Innovative Partnerships Program, which helps form partnerships between NASA and industry, educational organizations, and other government agencies to support the space program.