They Came From Outer Space! 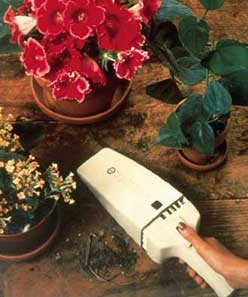 There are space invaders in your home, but they're not like creatures from a 1950s science fiction movie. They're products you use often, perhaps without realizing they came from space technology and innovation.

About 50 years have passed since the beginning of the Space Age, and most of these products have become so commonplace that their origins rooted in man’s efforts to explore the universe may have been forgotten. It’s easier to see the connection between high-tech innovations in fields like medical research and industry, but you’ll find many space-developed or improved products literally at arm's reach -- like in your kitchen, for instance.

Image at Right: One of the side benefits from the Apollo program was the Dustbuster™ cordless vacuum. Image credit: NASA Spinoffs

If you have a trash compactor or water filter, they qualify for the space-born list. And so does the smoke detector that warns you when your toast is burning.

If you grab a Dustbuster™ to clean up those burnt toast crumbs, you're using yet another one from this list. If the mess is too big, you might use your space-improved vacuum cleaner instead. Maybe your water is heated by either a solar or tankless water heater. Both of these innovations qualify, as does a water conditioner.

Image at Left: In the 1970s, NASA needed a smoke and fire detector for Skylab, America's first space station. Honeywell, Inc. developed the unit for the agency. Smoke detectors are now required by law in all new homes. Image credit: NASA

After all that work in the kitchen, you might check the time on your quartz clock that came from space technology as well. If you grab a soda, you’ll be holding two innovations in your hand. 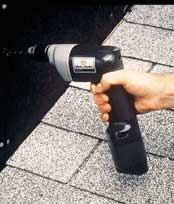 Plastic beverage containers benefited from the developments in liquid crystal polymers, and the bar code on the side was originally developed to track millions of spacecraft parts.

But you won’t only find space-inspired products in your kitchen. For the do-it-yourselfers, the cordless-tool revolution is a down-to-Earth innovation spawned by the needs of working in space.

Image at Right: Apollo astronauts needed a way to drill beneath the moon's surface. To develop the drill, NASA chose a company that has since become well known for its cordless products: Black and Decker. Cordless drills, screwdrivers, and hedge trimmers are just a few examples. Image credit: NASA Spinoffs

Homes in general have been improved in other ways through Space-Age technology, such as security systems and better insulation that provides more efficient heating and cooling. 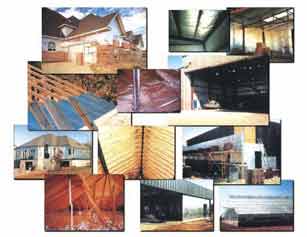 Image at Left: More than 40 years ago, NASA developed radiant barrier technology to protect astronauts in the Apollo program. Since the 1970s, private industry has had the opportunity to apply this technology to various commercial applications, including techniques to save energy in homes. Image credit: NASA Spinoffs

So look around you. Your house may not look like something out of “The Jetsons” cartoon, but the real-life influences of space-born inventions and improvements are a part of your daily life.