Hurricane Hunters Spot Hot Towers in Hurricane Rita
As the 2005 Atlantic hurricane season races past the halfway mark with 18 named storms under its belt, NASA satellites peer inside the storms to find out what caused Katrina to gain last-minute strength, and scientists are asking the question, will Rita do the same? New satellite observations show towering thunderclouds, sometimes called hot towers, that may signify the onset of intensification in these high-octane storms. 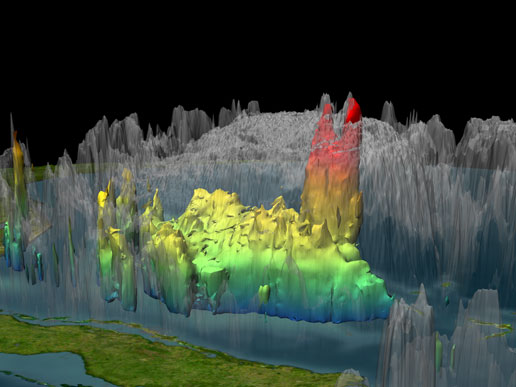 NASA's Tropical Rainfall Measuring Mission (TRMM) satellite reveals a remarkable feature in this 3-D cat scan of Hurricane Rita - a pair of gigantic chimney clouds reaching more than 11 miles high. That is equivalent to 60,000 feet, or twice as high as a commercial airplane's cruising altitude. TRMM observed these hot towers in Hurricane Rita on September 19, 2005 during a period of brief intensification. Click on image to view animation (no audio - 6 Mb) Credit: NASA/JAXA 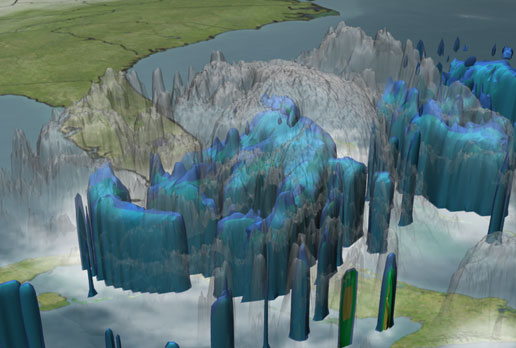 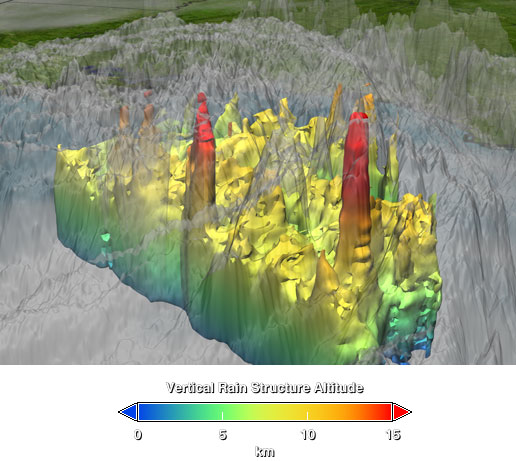 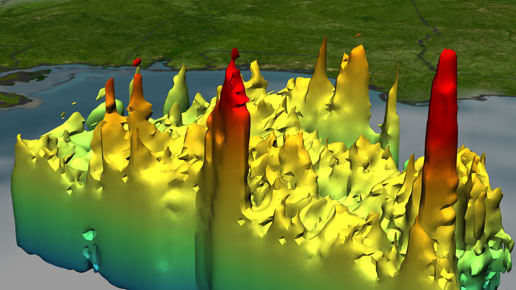 TRMM spotted another pair of hot towers inside Hurricane Katrina on August 28. One tower near the eyewall and the other in an outer rainband of the storm reached over 15 km (more than 9 miles) high. The towers were spotted just before Katrina intensified to a Category 5 hurricane. These thunderclouds are like the cylinders of an engine, releasing enormous quantities of heat energy and helping to spin up the winds inside the storm. Click on first image to view animation (no audio - 9 Mb) Credit: NASA/JAXA

A hurricane needs water at 82 degrees or warmer to strengthen. This image shows the sea surface temperatures (SSTs) in the Atlantic hurricane zone, from June 1 to September 18. Every area in yellow, orange or red represents 82 degrees F or above. Note the cooler blue water left behind by hurricanes Dennis, Emily, and Katrina. The data came from the Advanced Microwave Scanning Radiometer (AMSR-E) instrument on NASA's Aqua satellite. Click on image to view animation (no audio - 4.5 Mb) Credit: NASA