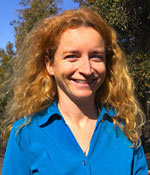 Helen Amanda Fricker is an Associate Research Geophysicist in the Institute of Geophysics and Planetary Physics at Scripps Institution of Oceanography at the University of California, San Diego. Helen received her B.Sc. in mathematics and physics from University College London (UCL) in 1991. It was at UCL that her interest in Antarctica began -- she undertook a research project at the Mullard Space Science Laboratory, tracking icebergs in the Southern Ocean using satellite imagery. Helen was awarded her PhD from the Institute of Antarctic and Southern Ocean Studies, University of Tasmania, Australia in 1998. Her PhD research involved application ERS radar altimetry over the Amery Ice Shelf region in East Antarctic to quantify some major processes occuring there. She joined Scripps in 1999, initially as a postgraduate researcher.

Her research focuses mainly on the marine cryosphere, in particular the floating portions of the Antarctic ice sheet (ice shelves). She uses a combination of satellite radar and laser altimetry, and other remote sensing data, to study the ice shelves. More recently she has applied the same data over the grounded ice sheet to reveal a subglacial water system under the west Antarctic ice streams. Helen also studies the propagation and evolution of active ice shelf rifts, which eventually lead to iceberg calving, using fieldwork and satellite remote sensing (see + http://eqinfo.ucsd.edu/~helen/amery_rift ).

Helen is a member of the American Geophysical Union (AGU) and was the Chair of AGU's Cryospheric Sciences Focus Group (2004-2006). She received the Royal Tasmania Society Doctoral Award in 2001. Helen has been involved in Ice, Cloud and land Elevation (ICESat) mission since she came to Scripps and received the NASA Group Achievement Award for her role in the ICESat Mission Development Team in 2004. She was elected a member of the ICESat Science Team in 2006. 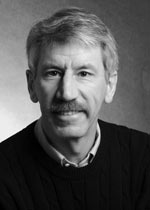 Dr. Robert Bindschadler is a Chief Scientist of the NASA's Hydrospheric and Biospheric Sciences Laboratory, a Senior Fellow of the Goddard Space Flight Center, a Fellow of the American Geophysical Union and a past President of the International Glaciological Society. He maintains an active interest in the dynamics of glaciers and ice sheets, primarily on Earth, investigating how remote sensing can be used to improve our understanding of the role of ice in the Earth's climate. As the leader of fourteen Antarctic field expeditions he has extensive first-hand knowledge of the hazards and challenges of working in the Antarctic environment. Other research has taken him to Greenland and various glaciers throughout the world. During his 27 years at Goddard, he has developed numerous unique applications of remote sensing data for glaciological research including measuring ice velocity and elevation using both visible and radar imagery, monitoring melt of the ice sheet by microwave emissions, and detecting changes in ice-sheet volume by repeat space-borne radar altimetry. He has testified before Congress and briefed the U.S. Vice President on the issue of ice-sheet stability and served on many scientific commissions and study groups as an expert in glaciology and remote sensing of ice. He has published over 140 scientific papers, numerous review articles and has appeared on television, radio and is often quoted in print media commenting on glaciological impacts of the climate on the world's ice sheets and glaciers.

Dr. Ted Scambos received his master's degree from Virginia Tech and his PhD in Geology from the University of Colorado at Boulder. His interest in satellite data began when he used Landsat imagery for his PhD thesis. He worked with NASA at the Goddard Space Flight Center, studying Antarctica using satellite data. Ted's specialties include: Glaciology and remote sensing; geochemistry and planetary science.

Now Lead Scientist at NSIDC, Ted has conducted 9 field studies of the West Antarctic ice sheet and it's sea ice, and several remote sensing of West Antarctic ice shelves with colleagues Christina Hulbe of Portland State University and Dr. Mark Fahnestock of the University of Maryland. His polar remote sensing research concentrates on visible and near-IR remote sensing (MODIS, Landsat 7, IKONOS), ICESat laser elevations, field GPS, and ice profiling radar studies. Recent work has taken him from unique large dune features in the center of the East Antarctic Plateau ('megadunes') to the icebergs off the shore of the Antarctic Peninsula and south of Argentina. He was part of an international team that landed on an Antarctic iceberg via helicopter to set up observational instruments for detecting changes as the iceberg drifts north and begins to melt; see + 'http://nsidc.org/icetrek' for more information. 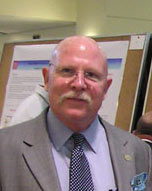 W. Berry Lyons is director of Polar Studies at the Byrd Polar Research Center, and a professor of geological sciences at Ohio State University in Columbus, Ohio. He is a Fellow of the American Association for the Advancement of Science in Geological Sciences.