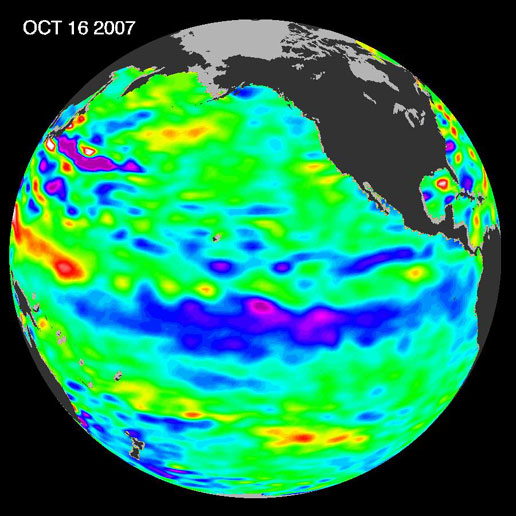 This image of the Pacific Ocean was produced using sea-surface height measurements taken by the U.S-French Jason altimetric satellite. The image is based on the average of 10 days of data centered on October 16, 2007, compared to the long-term average of observations from 1993 through 2005. In the image, places where the Pacific sea surface height is higher (warmer) than normal are yellow and red, and places where the sea surface is lower (cooler) than normal are blue and purple. Green shows where conditions are near normal. Sea-surface height is an indicator of the heat content of the upper ocean.