Wallops Island - 60 Years of Exploration
As the Sun slowly rises, a light fog begins to dissipate and sea gulls can be heard overhead. The ocean breaks along the beach. A light breeze dances across the sand. The morning begins on Virginia’s barrier island formerly called Keeckotank, Accocomoson and Occocomoson.

Further down on the island, crews that have been at work since two in the morning go through the final steps to prepare a rocket for launch, just as they and others have done for the past 60 years-- another day begins at America’s oldest continuous rocket range – Wallops Island. 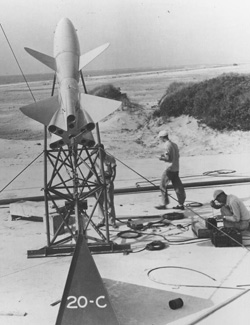 Since 1945, NASA’s Wallops Flight Facility has launched more than 15,000 rockets from Wallops Island for science studies, technology development, and as targets for the U.S. military.

Wallops roots are based on this country’s need for missile research during World War II. The Langley Aeronautical Laboratory in Hampton, Va. was tasked with supporting this research. A place was needed on the water, near Langley and near a military facility. Wallops Island fit the bill. The first test rocket was launched on June 27, 1945. The first research rocket, a Tiamat, was launched several days later on July 4.

After being established at Wallops, the focus of the Pilotless Aircraft Research Station expanded to include studying airplane designs at supersonic flight and gathering information on flight at hypersonic speeds. These tests included aircraft and missile designs from a variety of organizations and corporations including Douglas, McDonnell, Boeing, North American, Lockheed, and Grumman. 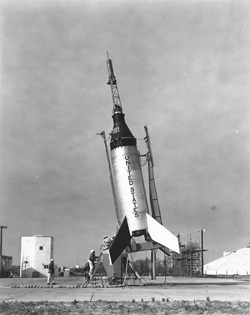 With the establishment of NASA in 1958, Wallops’ role in the new space agency changed and it was renamed Wallops Station. The station expanded in 1959 to include the Chincoteague Naval Air Station, which now is known as the Wallops Main Base.

The purpose of rocket launchings at Wallops became more focused on supporting science experiments of Earth’s atmosphere and space. In addition, Wallops began to support science studies in countries throughout the world. One project included the launching of rockets from the deck of ship off the coast of Ecuador.

In the 1970s, Wallops expanded its research role as it became a NASA center and was renamed Wallops Flight Center. Aircraft began to be used as flying science platforms, conducting missions world-wide. Wallops played a key role in the development of using instruments for use on satellites to measure sea topography. Today, these instruments provide critical information on ocean phenomena such as El Nino.

In 1981, Wallops became a part of the NASA Goddard Space Flight Center and was renamed the Wallops Flight Facility. This change brought additional mission responsibilities including the management of the scientific balloon program. 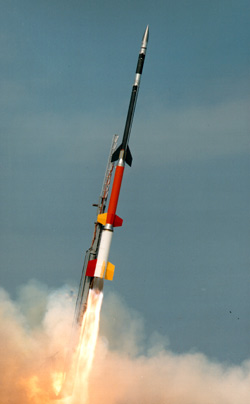 Today, the exploration efforts at Wallops are based on its 60 years of experience in conducting research using rockets, scientific balloons and aircraft. Sounding rockets continue to carry science instruments conducting space and Earth systems research. They also are being used to support rocket technology development including testing of new innovative rocket systems to improve safety and reliability and reduce costs of spaceflight.

Research is being conducted to expand the use of scientific balloons on Earth and other planets. NASA is working to develop balloon systems to expand the current flight duration from a few hours and weeks to more than 100 days. Also, balloons are being explored to carry science instruments on planets such as Mars and Venus.

Aircraft research is expanding from traditional airplanes to include uninhabited aerial vehicles (UAVs), similar to those that have been used to support the military.

Wallops scientists study the interaction between the oceans, atmosphere, and land. This includes researching the affect of global climate change on the world’s ice sheets, providing accurate measurements of the topography of the oceans and land and developing systems to measure ocean microscopic plants and the role these plants have in the global carbon cycle.

The facility provides unique capabilities for students in kindergarten through university level to receive hands-on experience in engineering and science. Thousands of students in the United States participate in programs to design and fly experiments and support systems on NASA flight vehicles annually.

For the past 60 years, NASA’s Wallops Flight Facility has applied its unique capabilities and facilities to expanding our knowledge of flight, Earth and the universe. The facility is poised to support a new era of discovery as the agency embarks on the Vision for Space Exploration.

For information about Wallops on the Internet, visit: