A Warmer World Might Not Be a Wetter One
If you travel the world, you might be surprised where or how often you need your umbrella because the world's water cycle is very different from place to place. The water cycle is the transfer of water around the globe, between the land, oceans and air.

In recent years, scientists have warned that the water cycle may be affected by many factors. A new study suggests that while a warmer climate generally increases evaporation and rain or snowfall, it does not necessarily make the water cycle operate faster or become more "intense."

Using two computer models, researchers from NASA Goddard Space Flight Center, Greenbelt, Md., recreated the way the climate was during the early and late 20th century using sea surface temperature information. Both computer models did show an increase in evaporation and precipitation around the world during the 20th century.

But, it is important to know that air temperatures also increased during this period and when the air is warmer, it can hold more water vapor. The air can also "hold" this moisture for a longer time without raining it out, suggesting that the water cycle might actually be weakening. 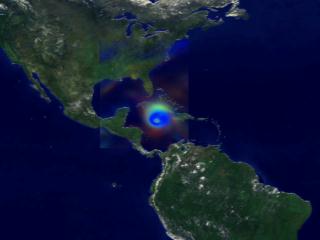 "The computer models show that the water cycling rate is reduced as the temperature warms," said Michael Bosilovich, lead author of the study, published in the May 2005 issue of the American Meteorological Society's Journal of Climate.

When the researchers studied land and sea rain and snow, they found it decreased over land as local water vapor was "recycled" less. Rainfall over the oceans, along with sea surface temperatures, increased. "But, it should be noted that these opposite land and ocean trends are not universally applicable to all regions," said Bosilovich. "For instance, the precipitation over the North American continent increases, while it decreases over the Gulf of Mexico." 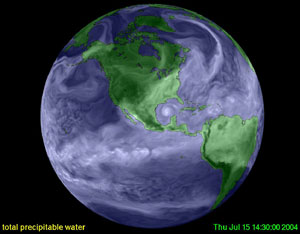 The study also found that land sources of water for precipitation vary greatly from one area to the next. And the cycle of water over land seems to be declining, except in the central United States, where it might be increasing.

Future studies promise to provide new details about Earth's water cycle. NASA's Aqua and Terra satellites are currently giving valuable information to help scientists better understand processes that might be changing the water cycle. Eventually, the data will be fed into computer models, improving both short-term weather and long-term climate forecasts. Other research, like the NASA Energy and Water Cycle Study, advance our understanding of the link between climate and the water cycle, improving observations of the atmosphere and the ability to predict natural events like floods and droughts. 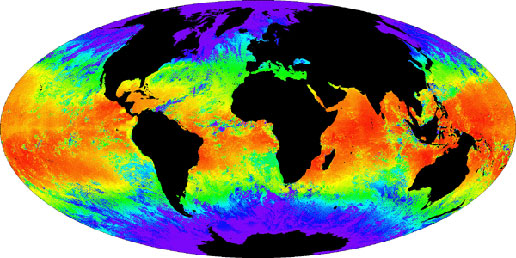 For additional information and images about this story on the Internet, visit: