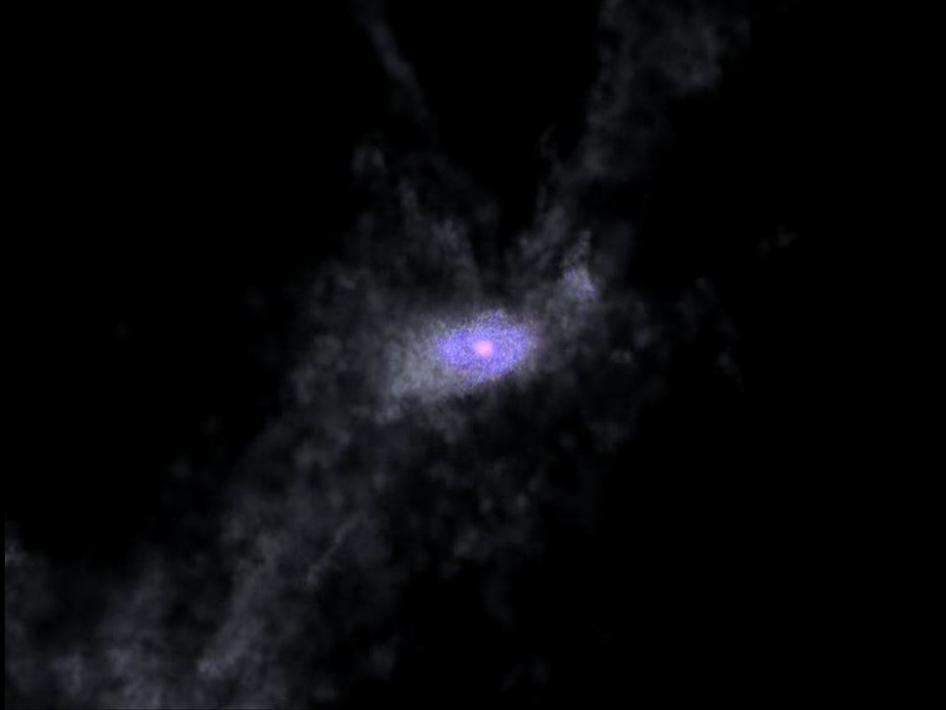 How to Feed a Galaxy

Created with the help of supercomputers, this still from a simulation shows the formation of a massive galaxy during the first 2 billion years of the universe. Hydrogen gas is gray, young stars appear blue, and older stars are red. The simulation reveals that gas flows into galaxies along filaments akin to cosmic bendy, or swirly, straws.

Image credit: Video courtesy of the N-Body Shop at University of Washington