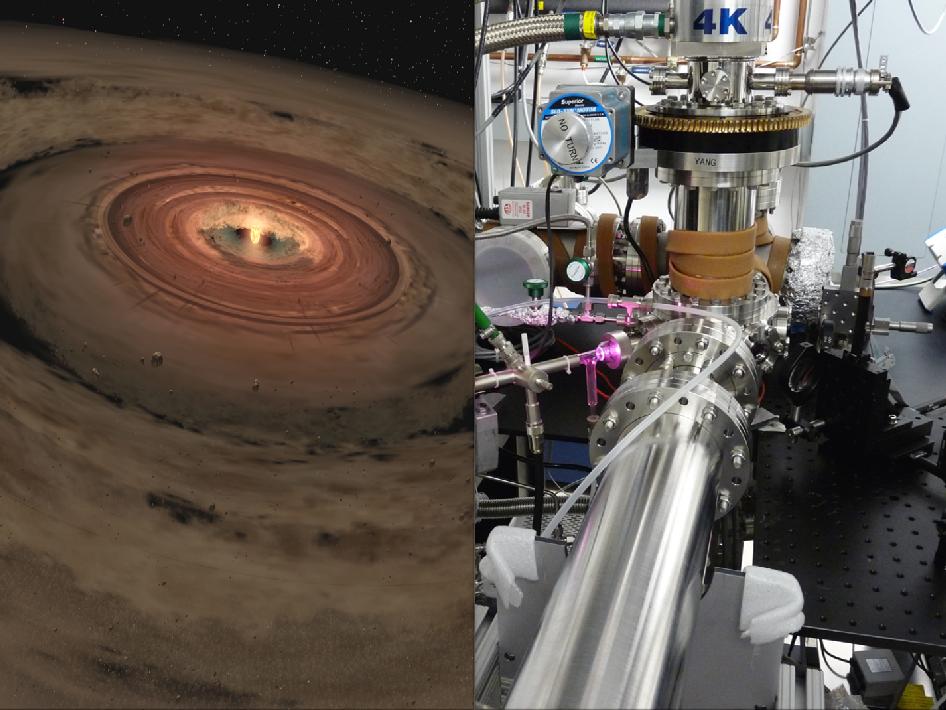 Ice From the Solar System's Edge

Researchers are brewing up icy, organic concoctions in the lab to mimic materials at the edge of our solar system and beyond. The laboratory equipment at NASA's Jet Propulsion Laboratory in Pasadena, Calif., is seen at right, and a very young solar system, with its swirling planet-forming disk, is shown in the artist's concept at left.

Scientists think that ice grains from the far reaches of our solar system, and even farther out in the frigid space between stars, ultimately made their way to Earth by "hitching" rides on comets. The ice is thought to have contained the ingredients necessary to kick start life -- water and organic, or carbon-bearing, materials. New research from the JPL lab pictured here reveals that early processing of that organic material -- a biochemical step needed to ultimately form the building blocks of life -- took place in the coldest reaches of our solar system, at colder temperatures than previously thought.