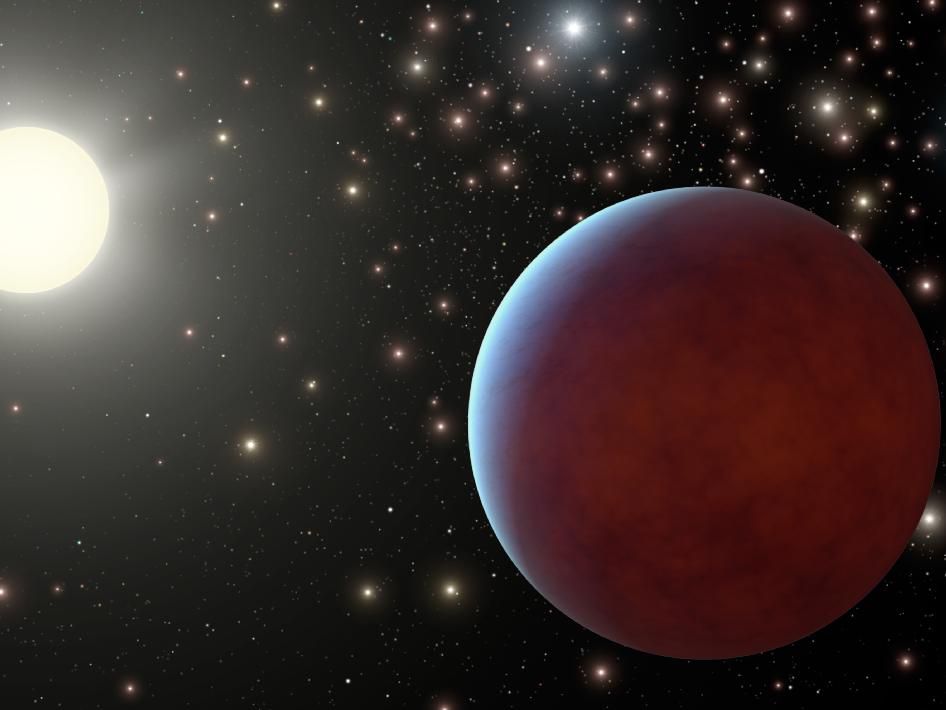 Astronomers have discovered two gas giant planets orbiting stars in the Beehive cluster, a collection of about 1,000 tightly packed stars. The planets are the first ever found around sun-like stars in a cluster of stars. Such planets, even though they are not habitable, would have skies filled with many bright stars as illustrated in this artist's concept. A gas giant planet is shown to the right of its sun-like star, and all around, the stars of the Beehive cluster shine brightly in the dark.