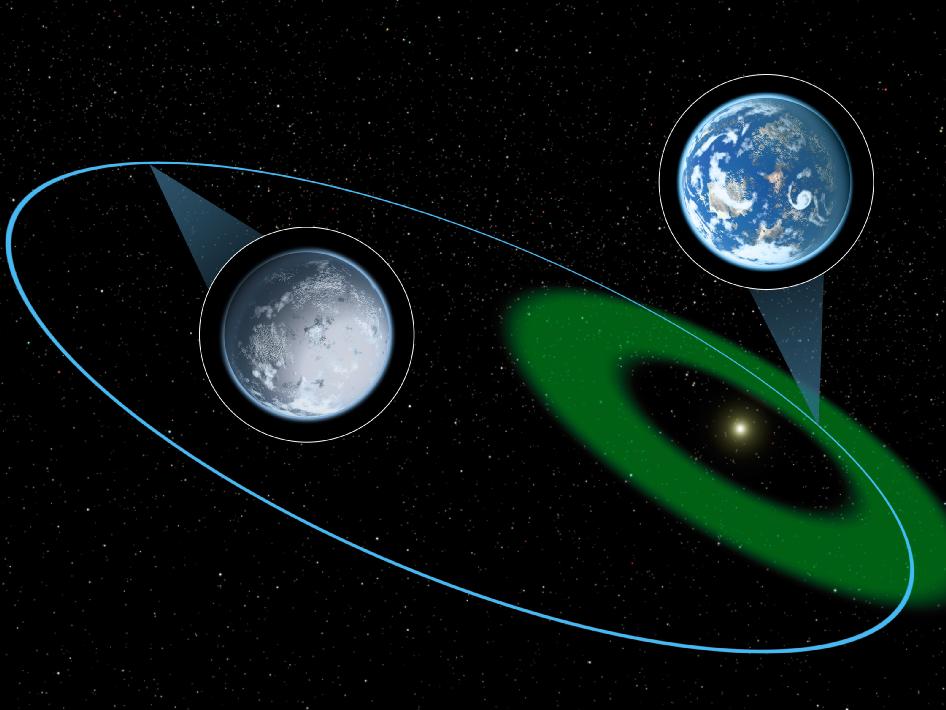 While Earth and the other planets in our solar system travel around the sun in near-circular orbits, planets in other systems can have more comet-like orbits in which the distance from the planet to star varies. Such orbits, termed eccentric, would cause the planet to move in and out of the habitable zone. A habitable zone, shown in green here, is defined as the region around a star where liquid water, an essential ingredient for life as we know it, could potentially be present. Earth always remains in its habitable zone.

The hypothetical planet is depicted here moving through the habitable zone and then further out into a long, cold winter. During this phase of the orbit, any liquid water on the planet will freeze at the surface; however, the possibility remains that life could, in theory, hibernate beneath the surface.