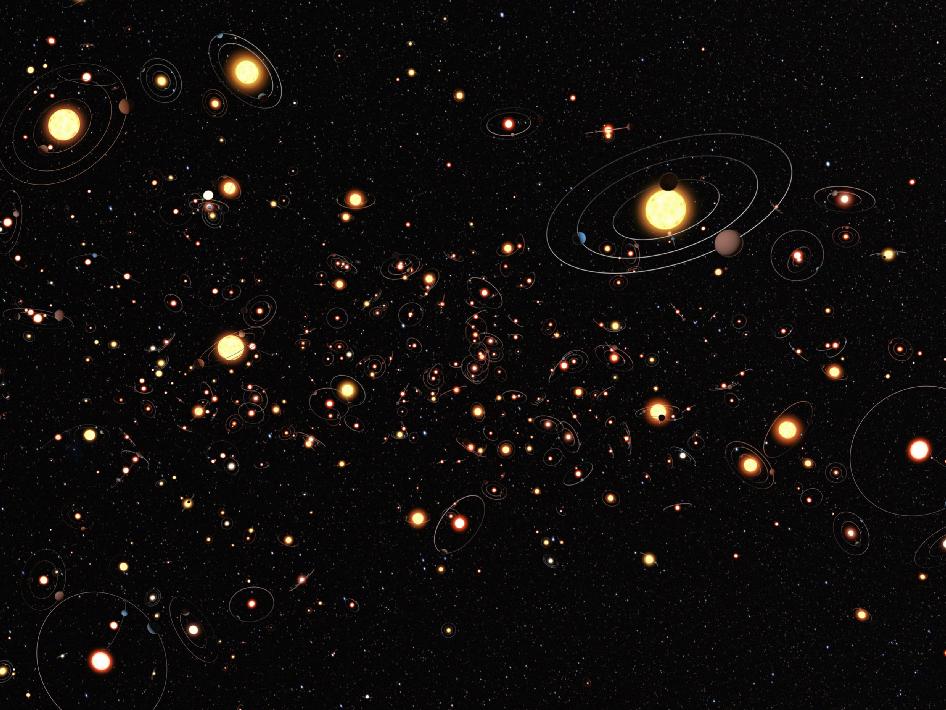 This artist's illustration gives an impression of how common planets are around the stars in the Milky Way galaxy. The planets, their orbits, and their host stars are all vastly magnified compared to their real separations. A six- year search that surveyed millions of stars using the microlensing technique concluded that planets around stars are the rule rather than the exception. The average number of planets per star is greater than one.