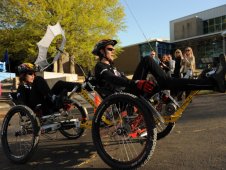 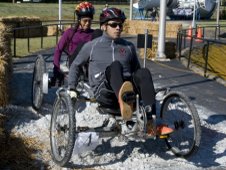 Racers from the University of Puerto Rico in Humacao took first place in the college division. 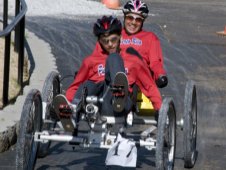 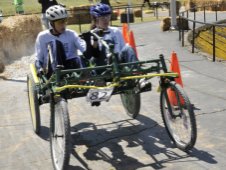 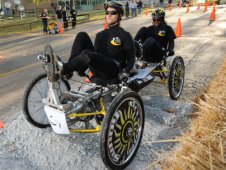 Racers from Huntsville Center for Technology Team 1 in Huntsville, Ala., tied for third place in the high school division. 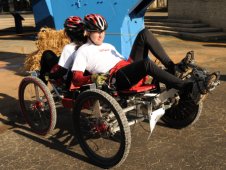 Racers from the University of Utah in Salt Lake City took home the second-place trophy in the college division. 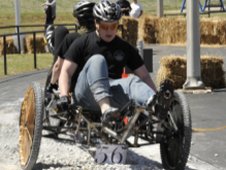 Racers from the Rhode Island School of Design in Providence, R.I., took home the third-place trophy in the college division.

View larger photos/full captions
All images credited: NASA/MSFC NASA has announced the victors in the 17th annual Great Moonbuggy Race: The team representing the International Space Education Institute of Leipzig, Germany, won the high school division; and racers from the University of Puerto Rico in Humacao took first place in the college division.

The teams bested more than 70 teams from 18 states, Puerto Rico, Canada, Germany, India and Romania. More than 600 drivers, engineers and mechanics -- all students -- gathered with their team advisors and cheering sections to take part in the matchup of wits and wheels at the U.S. Space & Rocket Center April 9-10 in Huntsville, Ala.

The race is organized by NASA's Marshall Space Flight Center in Huntsville. It challenges students to design, build and race lightweight, human-powered buggies that tackle many of the same engineering challenges dealt with by Apollo-era lunar rover developers at the Marshall Center in the late 1960s.

The University of Puerto Rico in Humacao -- the only school in the world to enter a moonbuggy in every race since the event was founded in 1994 -- won the second-place prize in 2009, and finally took home first place in this, their 17th appearance.

The University of Utah from Salt Lake City won second place in the college division, boosting them onto the trophy platform for the first time since they debuted in the race in 2007; and the Rhode Island School of Design from Providence, R.I., took home third place in their first race appearance -- despite having no engineers on their team (all team members are industrial design students).

Individuals on the winning teams also received commemorative medals and other prizes. (For a complete list of additional awards for design, safety, innovation and spirit, see below.)

"Each year, NASA's Great Moonbuggy Race clearly demonstrates the popularity, worldwide reach and intrinsic value of the agency's education initiatives," said Tammy Rowan, manager of the Marshall Center's Academic Affairs Office, which organizes the race. "It's our goal to augment and enrich the classroom experience, and inspire a new generation of scientists, engineers and explorers to carry on NASA's mission of discovery throughout our solar system and deliver untold benefits back home on Earth."

The moonbuggy race is inspired by the original lunar rover, first piloted across the moon's surface in the early 1970s during the Apollo 15, 16 and 17 missions. The first race, held in 1994, commemorated the 25th anniversary of the Apollo 11 lunar landing. At the time, the event was only open to college teams, and eight participated. Two years later, the event was expanded to include high school teams.


Best Moonbuggy Design (for solving engineering problems associated with lunar travel) Featherweight Award Best Performance by an International Team NASA Systems Safety Award (for the safest approach to building, testing and racing) Pits Crew Award for ingenuity and persistence in overcoming problems during the race Crash and Burn Award (for the team that endures the most spectacular vehicle breakdown) Best Team Spirit (for overall team energy, enthusiasm and camaraderie) Rookie Award (for fastest course completion by a new race team) Most Improved Award (for the most dramatically improved engineering and performance)