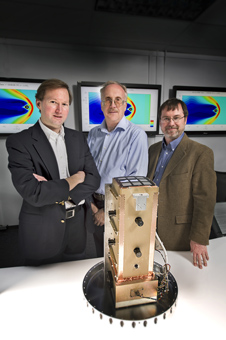 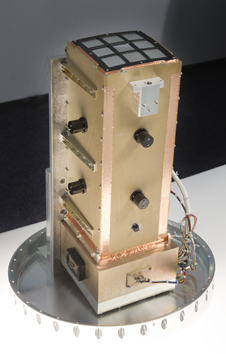 STORM and another NASA-funded experiment, the Diffuse X-ray emission from the Local galaxy (DXL), flew aboard a two-stage Black Brant IX sounding rocket from the White Sands Missile Range, Las Cruces, N.M., in December 2012. DXL, developed by University of Miami professor Massimillano Galeazzi, also studied the same charge-exchange phenomenon but from a different perspective using a refurbished instrument developed by the University of Wisconsin, Madison. This instrument produced the first all-sky map of soft X-rays several years ago. (X-rays are called "soft" when their wavelengths are nearer the ultraviolet portion of the electromagnetic spectrum.)

Though Goddard scientists served as co-principal investigators on DXL, STORM holds a special place in their hearts. Developed and assembled at Goddard, the instrument "is a wonderful example of cooperation across divisions to better understand a process that is of interest to us all, but for different reasons," said Michael Collier, a planetary scientist who collaborated with astrophysicist Scott Porter and heliophysicist David Sibeck, all of NASA Goddard. "Charge exchange is one of the few phenomena that brings together scientists from three of the science divisions at Goddard," Porter added.

Scientists first discovered the charge-exchange effect in the mid-1990s while observing comet Hyakutake. "They got quite a surprise," Collier said. "They found an intense source of soft X-rays at the comet's head, which was unusual because comets are cold objects and soft X-rays are associated with hot objects. How could balls of ice emit X-rays? No one could figure it out."

Scientists soon discovered that the X-ray emission was caused by the solar wind, a constantly flowing stream of charged particles that sweeps across the solar system at about a million miles per hour. When highly charged heavy ions in the solar wind collide with neutral atoms found in space, the heavy ions "steal" an electron from the neutrals -- an exchange that puts the heavy ions in a short-lived excited state. As they relax, they emit soft X-rays.

Furthermore, the phenomenon is far from rare. Since its head-scratching discovery nearly 20 years ago, scientists have observed charge exchange and resulting emission of soft X-rays in comets, interplanetary wind, possibly supernova remnants, and galactic halos. Planetary scientists have observed soft X-ray emissions in the atmospheres of Venus and Mars, leading some to question whether the charge-exchange phenomenon that produced the radiation has contributed to atmospheric loss on the Red Planet.

And astrophysicists have observed them, too -- as unwanted noise in data collected by all X-ray observatories sensitive to soft X-rays. 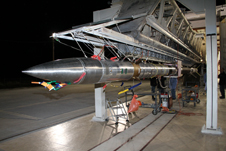 "At first blush, STORM seems to have very little to do with astrophysics," Porter said. But "the emission of soft X-rays provides a very significant temporally, spatially, and spectrally varying foreground to all soft–ray observations from every single X-ray observatory," he explained. "It's essential that we, as astrophysicists, understand and are able to model this foreground emission in detail. On all recent X-ray observatories, significant observing time has been lost and errors in scientific interpretation have happened due to our lack of understanding of this phenomenon."

In other words, planetary scientists and heliophysicist want to measure this emission as treasured data and astrophysicists want to remove it as noise.

STORM potentially holds the answer for obtaining a more complete understanding of the physical process, giving scientists insights currently impossible with existing instruments, the scientists said. During the sounding-rocket mission, for example, DXL studied the X-ray emission. However, it studied X-rays emitted when the solar wind interacted with gas entering our solar system from the Milky Way.

STORM gave scientists a global view. The wide-field-of-view camera imaged processes near Earth's magnetosphere, which until now was impossible. "These are extremely important, highly dynamic, and poorly understood regions that channel solar wind energy into the magnetosphere where it drives space weather," Porter said. If this process is important to determining space weather in and around Earth, it also affects other planetary bodies, to say nothing of its deleterious effect on data collected by multi-million-dollar X-ray observatories.


Making the imagery possible was an emerging technology called lobster-eye optics. As the technology's name implies, the optics mimic the structure of a lobster's eyes, which are made up of long, narrow cells that each captures a tiny amount of light, but from many different angles. Only then is the light focused into a single image.

Pioneered by researchers at the United Kingdom's University of Leicester, a partner in STORM's development, lobster X-ray optics work the same way. Its eyes are a microchannel plate, a thin curved slab of material dotted with tiny tubes across the surface. X-ray light enters these tubes from multiple angles and is focused through grazing-incident reflection, giving the technology a wide-field-of-view necessary for globally imaging the emission of soft X-rays in Earth's exosphere. "I'm unaware of any instrument that can do this," Collier said.

With the successful launch, the team said they are in good position to propose STORM for a possible mission. "We are happy it turned out so well," Sibeck said. "We all stand to gain from STORM's development." Lori Keesey
NASA's Goddard Space Flight Center, Greenbelt, Md.
› Back To Top