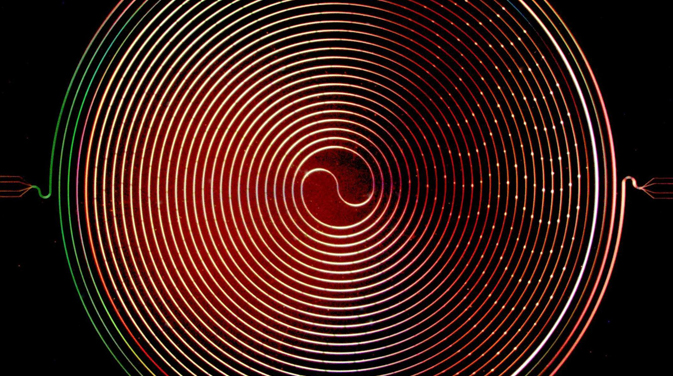 Researchers at NASA's Jet Propulsion Laboratory and the California Institute of Technology, both in Pasadena, have developed a new type of amplifier for boosting electrical signals. The device can be used for everything from studying stars, galaxies and black holes to exploring the quantum world and developing quantum computers.

"This amplifier will redefine what it is possible to measure," said Jonas Zmuidzinas, chief technologist at JPL, who is Caltech's Merle Kingsley Professor of Physics and a member of the research team.

An amplifier is a device that increases the strength of a weak signal. "Amplifiers play a basic role in a wide range of scientific measurements and in electronics in general," said Peter Day, a principal scientist at JPL and a visiting associate in physics at Caltech. "For many tasks, current amplifiers are good enough. But for the most demanding applications, the shortcomings of the available technologies limit us."

One of the key features of the new amplifier is that it incorporates superconductors—materials that allow an electric current to flow with zero resistance when lowered to certain temperatures. For their amplifier, the researchers are using titanium nitride and niobium titanium nitride, which have just the right properties to allow the pump signal to amplify the weak signal.

Although the amplifier has a host of potential applications, the reason the researchers built the device was to help them study the universe. The team built the instrument to boost microwave signals, but the new design can be used to build amplifiers that help astronomers observe in a wide range of wavelengths, from radio waves to X-rays.

"It's hard to predict what all of the applications are going to end up being, but a nearly perfect amplifier is a pretty handy thing to have in your bag of tricks," Zmuidzinas said. And by creating their new device, the researchers have shown that it is indeed possible to build an essentially perfect amplifier. "Our instrument still has a few rough edges that need polishing before we would call it perfect, but we think our results so far show that we can get there."

The team recently described the new instrument in the journal Nature Physics.

In addition to Zmuidzinas and Day, the other authors of the paper are Byeong Ho Eom of Caltech, and Henry LeDuc of JPL. This research was supported by NASA, the Keck Institute for Space Studies, and the JPL Research and Technology Development program. JPL is managed by Caltech for NASA.