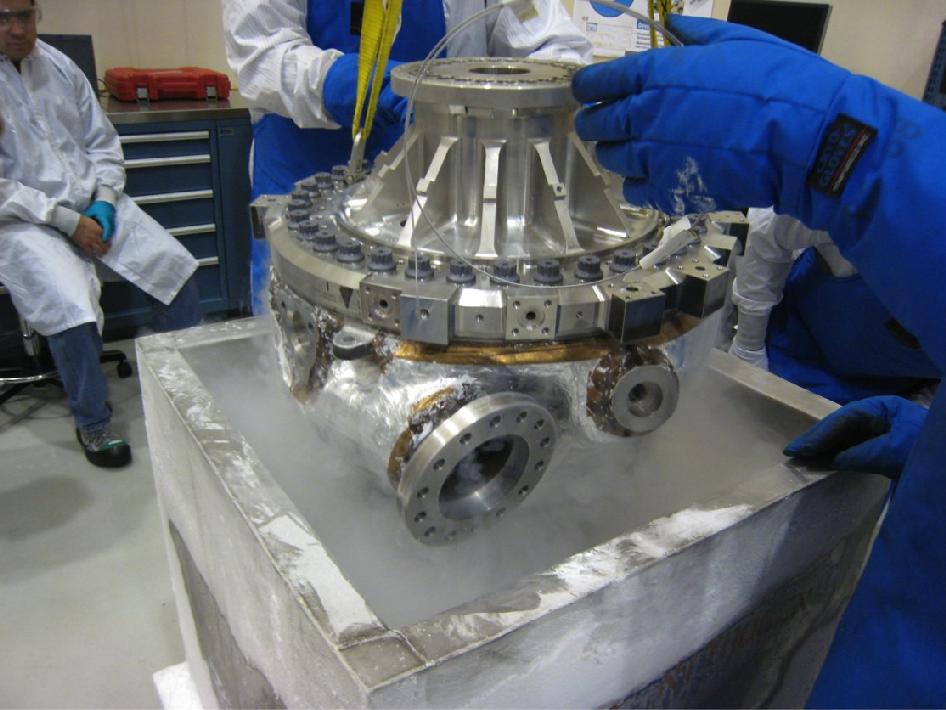 Manufacturing of NASA's J-2X rocket engine includes a Halloween plunge into an icy cauldron of liquid nitrogen. Key components of the J-2X fuel turbopump, the rotating machinery that drives the liquid propellants into the engine, were assembled at Pratt & Whitney Rocketdyne’s facility in Canoga Park, Calif., at temperature extremes to ensure the right fit.

The cold pump volute -- the structural housing that contains the high-pressure liquid hydrogen -- was mated with the pump’s turbine bearing support, which was heated in an oven to approx. 300 degrees. When the fuel pump is operating on the J-2X engine, the pump side is extremely cold due to the liquid hydrogen, and the turbine side is extremely hot because of the hot gas generator gases that drive the turbine. The parts are heated to temperature extremes to ensure a precise and secure seal during manufacturing.

NASA's J-2X is an efficient and versatile rocket engine, offering the ideal thrust and performance characteristics to power the upper stage of a heavy-lift launch vehicle. Hardware for the first engine is being assembled at Pratt & Whitney Rocketdyne and at numerous subcontractor locations across the country, with testing anticipated at NASA's Stennis Space Center in early 2011.