NASA technologists will get a chance next summer to relive the good old days when Agency engineers would affix space-age gizmos to rockets just to see if the contraptions worked.

In what will be the first of four high-altitude balloon flights to begin in the summer of 2013, technologists at NASA's Jet Propulsion Laboratory (JPL) in Pasadena, Calif., and Wallops Flight Facility in Wallops Island, Va., are preparing to test new deceleration devices that could replace current descent technologies for landing ever-larger payloads at higher elevations on Mars. 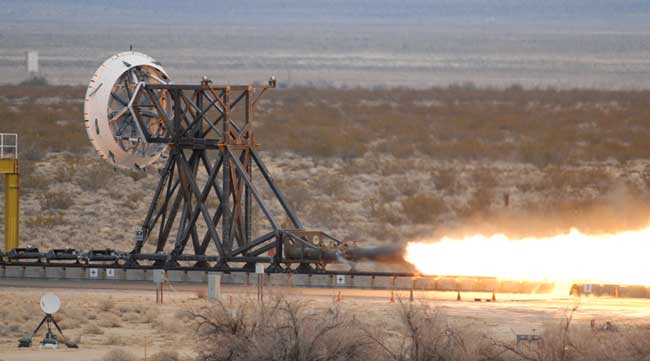 › Larger image
NASA is conducting a series of rocket sled tests at the U.S. Naval Air Weapons Station at China Lake, Calif., in preparation for full-up tests of the Low-Density Supersonic Decelerator Project, or LDSD. The project is testing inflatable and parachute decelerators to slow spacecraft prior to landing and allow NASA to increase landed payload masses, improve landing accuracy and increase the altitude of safe landing-sites. Credit: JPL

NASA hasn't tested deceleration technologies supersonically since 1972 when it conducted four high-altitude tests of a supersonic parachute used during the Viking program. "We’ve been stuck with that design ever since," said Mark Adler, NASA’s Low-Density Supersonic Decelerator (LDSD) program lead. NASA will use the same technology again this year when it delivers the Curiosity rover to Mars.

However, planetary landers of tomorrow will require much larger drag devices than any now in use. "What we need is new technology to slow larger, heavier landers from the supersonic speeds of atmospheric entry to subsonic ground-approach speeds," Adler said.

The LDSD program is aimed at giving NASA a new and improved capability. Funded by NASA’s Space Technology Program, the JPL-led team plans to conduct full-scale, stratospheric tests of three potentially breakthrough technologies. The aim is to raise their technology-readiness levels to about six, which means they could be used in a flight project, perhaps as early as 2018.

The first two are supersonic inflatable decelerators, large pressure vessels that inflate around an entry vehicle and slow it from Mach 3.5 or faster to about Mach 2. One of these inflatable devices measures nearly 20 feet in diameter (six meters), the other nearly 26 feet (eight meters). The third technology is a 110-foot (33.5-meter) parachute to further slow the entry vehicle from Mach 2 to subsonic speeds needed for a safe landing. All three would be the largest devices of their kind ever flown at speeds several times greater than the speed of sound.

The design calls for the team to attach a test vehicle equipped with the decelerator and parachute to a Wallops-provided high-altitude balloon. Once the balloon reaches an altitude of about 22 miles (36 kilometers) above Earth's surface, the rocket would fire its engines and carry the test vehicle to Martian atmospheric densities at an altitude of 31 miles (50 kilometers) at Mach 4. There, the test vehicle would deploy the supersonic decelerator, followed by the parachute.

The project leverages the strengths of both organizations, said Scott Schaire, Wallops LDSD acting project manager. While NASA JPL and its contractors are developing the test vehicle, decelerators, and parachute, NASA Wallops is responsible for balloon operations, balloon instrumentation, and other operations associated with balloon launches.

One significant NASA Wallops-provided technology is an entirely new balloon launch system — an effort Schaire's team undertook specifically for the supersonic tests. With this new system, the test vehicle will be suspended from a vertical, 80-foot tower. Its job is preventing the test vehicle from hitting the ground as the balloon begins to lift off. A modified apparatus that resembles a farm-irrigation system will help technicians lay out the balloon and a new spool vehicle will hold the balloon until launch.

In the first test as early as August 2013, the team plans to evaluate the performance of both the decelerator and parachute. "Launching small rockets from large balloons," Schaire said. "What could be a better project for Wallops?"