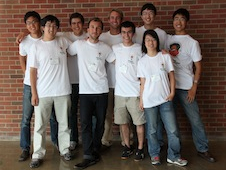 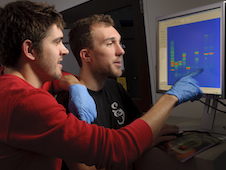 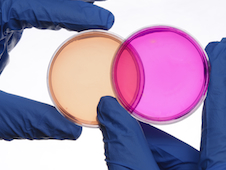 Fifty years ago, President John F. Kennedy challenged the nation to "land a man on the moon and return him safely to the Earth" by the end of the decade. Today, another young president, with bipartisan support in Congress, has challenged us to take the next giant leap for humankind and send humans to Mars by the 2030s.

The incredible achievements of the Apollo era relied on an elite cadre of engineers. But engineering alone will not be enough for the next stage in human exploration – a mission to an asteroid or Mars. These longer missions will require vastly more supplies and create much more waste. Biology is the ultimate "machine" in that it is self-replicating, self-repairing, and with the advent of synthetic biology, programmable. Synthetic biology will allow the next generation of human space exploration to achieve its goals. A team of nine undergraduate students from Brown and Stanford universities understood this potential and visited NASA’s Ames Research Center, Moffett Field, Calif., last summer, to make the first contributions of synthetic biology to human space exploration and sustained colonization as members of a combined Brown-Stanford team. Their goal was to compete in the 2011 international Genetically Engineered Machines (iGEM) competition.

Since 2004, the iGEM competition has encouraged students to find solutions to problems using synthetic biology, "the science of creating biological machines using genetics," according to the team's website. In October 2011, at iGEM's Americas Regional Jamboree in Indianapolis, these students presented their research project, which consisted of the arduous work they did over the summer developing solutions for human space exploration and costly payload issues. They earned a gold medal, finished in the top four of 51 teams from all over the Americas and won best presentation. At the World Championship Jamboree held at Massachusetts Institute of Technology (MIT), Cambridge in early November 2011, the team won Best New Application Area, a tie with the ZJU China team, and came in the top 16 ("Sweet Sixteen").

“We chose human space exploration because we can develop essential solutions using synthetic biology as the enabling technology,” said Jesse Palmer, a recent graduate of Stanford University in Palo Alto, Calif. “Microbes can be used to tackle many of the problems astronauts will face, and can be transported in very small containers; a test tube is probably larger than the volume actually needed to transport microbes.”

They chose two primary projects for the competition: RegoBricks and PowerCell. RegoBricks addressed the issue of resources needed for building materials and the limited payload mass that can be launched on a rocket. To resolve this problem, they used synthetic biology to allow the commonly used bacterium, Escherichia coli, to initiate a process called biocementation. This process relies on the biological production of urease, an enzyme which metabolizes urea which could be obtained from astronaut waste in space. The degradation products created from urea induce calcite precipitation resulting in biocement. To produce biocement in the lab, the team added this modified organism to calcite and both moon and Martian surface stimulant. Ultimately, such building materials could be used for the construction of a space colony, including a settlement structure and a hardened surface for a space-launch site.

PowerCell addressed the problem of producing food for other microbes and animals used to support a human space colony. On Earth cyanobacteria and later, algae and plants, have sustained life on using energy from the conversion of carbon dioxide into sugars, which then are converted to other forms of biologically useable carbon. For instance, plants use photosynthesis to convert water and carbon dioxide into carbohydrates (plant growth) and oxygen. Plants are then eaten, and digested as sugars for further energy consumption.

Unlike the many organisms that can convert carbon dioxide into carbohydrates, or sugars, few have the capacity to convert atmospheric nitrogen gas into forms useable for life. For this reason, students selected Anabaena, a particular cyanobacterium that can fix both carbon through photosynthesis and nitrogen. Specifically, Anabaena was used to produce and secrete sugars. These nutrients then could provide energy to E. coli and other organisms to produce food, building materials, and therapeutics – or may even feed into RegoBrick production.

Ultimately, these prototypes will need to work in space. As an initial test, the students took advantage of an on-going, high-altitude “balloon” study in the laboratory of Ames research scientist Lynn Rothschild, who also is principal investigator for NASA’s new synthetic biology initiative. Biocement and some host organisms were flown more than 100,000 feet (~33 km), about three times as high as a commercial airline flight. During the several hours that the samples flew, they were subjected to atmospheric pressures and temperatures similar to the surface of Mars.

“Regional judges could see that there was a lot of potential left in our project. They wanted to see what could happen with a few more weeks,” said Andre Burnier, a recent graduate of Brown University in Providence, R.I. “Within the month, between regionals and the World Jamboree, we successfully brought our PowerCell project to fruition.”

Both students agree that understanding and then executing such a complicated process was quite a feat. “It was a huge hurdle in the project,” said Palmer.

“These students are exceedingly bright, hard working, creative and articulate - just the sort of people NASA will need in the future,” said Rothschild.

Thanks to Rothschild, NASA was able to assist these students participate in the iGEM competition. She volunteered to replace last year’s faculty adviser, Brown’s Professor of Biology Gary Wessel, who went on sabbatical, but graciously continued to consult. In addition to her work at NASA, Rothschild is a Professor (Consulting) of Human biology at Stanford, and a Professor (Adjunct) of Molecular Biology, Cell Biology and Biochemistry at Brown.

“Most of us began the summer with little or no molecular biology laboratory experience. The iGEM competition provided the structure, NASA the research facilities, and our mentors and advisors the necessary training for all of us to become competent in the lab,” explained Palmer.

“We had the opportunity to develop both traditional molecular biology skills and some of the newer techniques associated with synthetic biology and the engineering standards endorsed by iGEM. It was an unimaginable learning opportunity,” concluded Burnier.