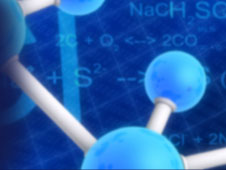 From the Jet Propulsion Laboratory to the Apache Incubator, OODT is now an Apache Top Level Project.
Image credit: Apache™ OODT is copyrighted to the Apache Foundation


The Object Oriented Data Technology (OODT) architecture, originally developed at NASA’s Jet Propulsion Laboratory, Pasadena, Calif., was recently selected to become a fully-fledged Top Level Project at the Apache Software Foundation, Forest Hill, Md. This important recognition means that OODT will be one of the few projects to receive project management and resource support from the open-source software foundation.

The Object Oriented Data Technology architecture makes use of metadata to seek out disparate and geographically dispersed computing and data resources for use by any end user. For example, users of a data network could use OODT tools to make data that is physically hosted on one side of the country searchable and available for processing on the other side of the country.