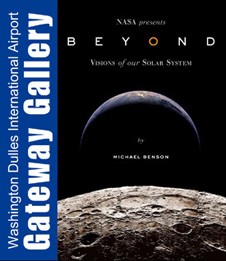 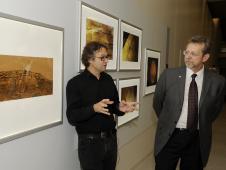 “This vista will not only allow NASA to share its science activities with the public in a unique venue, but it will also allow them to see our future possible travel destinations,” said James Green, director of the Planetary Science Division in the Science Mission Directorate at NASA Headquarters in Washington.

The images displayed include one of Jupiter’s Great Red Spot, which is a vast cyclonic storm system about two times the size of Earth, surrounded by other oval storms and banded clouds.

Another shows Uranus with very faint rings, which may be made of countless fragments of water ice.

There also are recent images from NASA’s Hubble Space Telescope and Cassini spacecraft.

An exhibit of similar images is currently on display at the National Air and Space Museum in Washington. The images were rendered by photographic artist Michael Benson.

To find out more about NASA programs, visit: http://www.nasa.gov