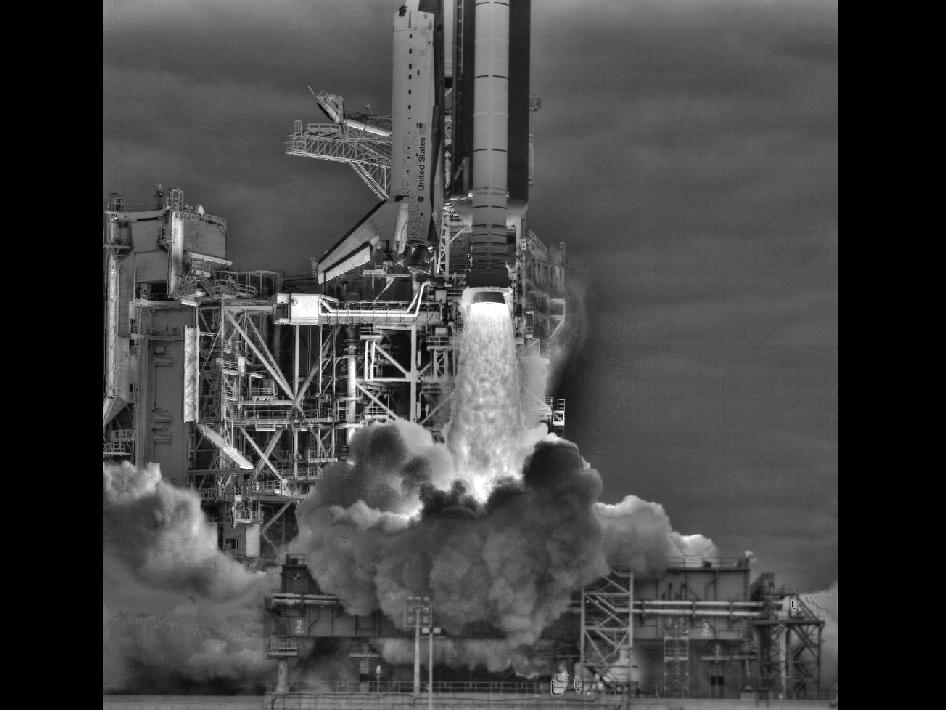 Imaging experts funded by the Space Shuttle Program and located at NASA's Ames Research Center prepared this image using fusion software to combine six simultaneously captured images they took of the STS-134 launch on May 16, 2011. Each image was taken at a different exposure setting, then composited to balance the brightness of the rocket engine output with the regular daylight levels at which the orbiter can be seen. The processing software digitally removes pure black or pure white pixels from one image and replaces them with the most detailed pixel option from the five other images. This technique can help visualize debris falling during a launch or support research involving intense light sources like rocket engines, plasma experiments and hypersonic vehicle engines.

They also created a video of the launch using 250 frames per second from each of the six cameras and the same pixel-by-pixel technique. To view it, visit: http://www.nasa.gov/topics/shuttle_station/features/sts-134_launch_photo-video.html