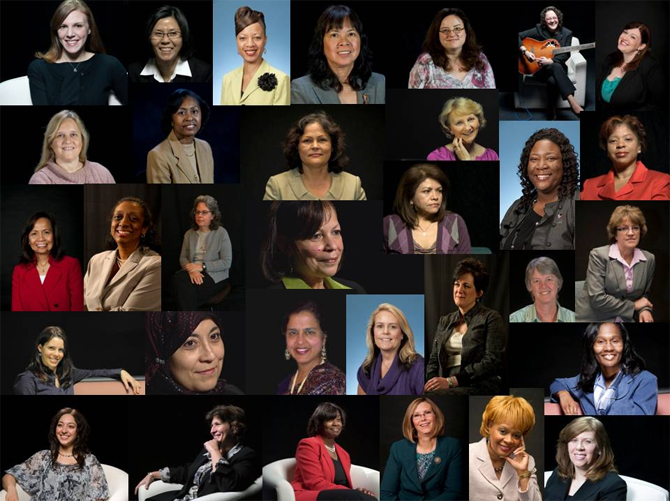 To inspire and encourage young girls to enter science, technology, engineering and mathematics professions, NASA has expanded the Women@NASA program with a second round of honorees to showcase at its website.

In the featured videos, the women tell about their own path to a NASA career, often reminiscing about interactions they had with engineers and scientists as young girls. These representatives of STEM careers hopefully will encourage the younger generation that it is possible to dream and achieve. In order to discover the cure for cancer, go to Mars, or find alternative fuels, society must tap into every market of ideas. This includes men and women from a diverse set of backgrounds.

According to a National Science Board study in 2010, women still comprise fewer than 25% of the workforce in science, technology, engineering, and mathematics (STEM) fields. While STEM fields are still largely dominated by males, there are numerous women who have successfully demonstrated that these professions do not have a gender bias in terms of necessary skills.

This year’s honorees represents NASA headquarters and each field center. They were selected by senior management for their support of NASA’s mission objectives and their willingness to use their stories in an effort to influence the next generation of scientists and engineers. These incredible profiles range from stories depicting single-parent households to taking dire responsibility as a teenager to going back to school for a higher education. These women open up and tell their path to NASA, despite the road blocks and hurdles that threatened to make them fail.

In the last year, Women@NASA has progressed from a website to an active project with a new social media venture, targeted education outreach programs, and outside collaborations. In the future, Women@NASA plans to release a smartphone application and details for innovative efforts with women’s groups. Additionally, they will unveil a new virtual mentoring program called NASA G.I.R.L.S (Giving Initiative and Relevance to Learning Science). You can follow Women@NASA on Twitter @WomenNASA or Like the project on Facebook (www.facebook.com/WomenatNASA).

Women@NASA is a continuing joint effort by NASA and the White House Council on Women and Girls. For more information on the project, visit: