Grow Text SizeShrink Text Size
Meet the Faces Behind the MIRI - Part 2: Rieke, Thatcher, Wright and Sukhatme
This is a limited series of features to introduce some of the many scientists and engineers involved in the MIRI instrument that will fly aboard the James Webb Space Telescope. It is not meant to be all inclusive, but to highlight some of the amazing talent and organizations involved in the MIRI. 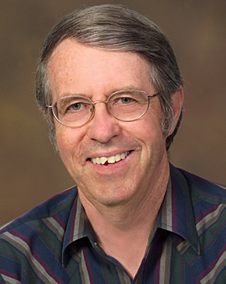 When someone starts talking about the ingredients of a starburst, they're not talking about candy. This sort of astronomy lingo is part of George Rieke's everyday world.

Rieke is Regents' Professor of Astronomy and Planetary Sciences at the University of Arizona, and serves as the science team lead for MIRI.

Rieke has made contributions in the starburst phenomenon, where a galaxy's properties are dominated by a very violent and short episode of star formation; the Galactic Center, the "local" prototype for active galactic nuclei; the origin of the infrared outputs of other active galactic nuclei; characterizing planetary debris disks, signposts for other planetary systems that cannot be detected in other ways; studying members of our own planetary system, among other topics. He was the Principal Investigator for the Multiband Infrared Photometer for Spitzer. 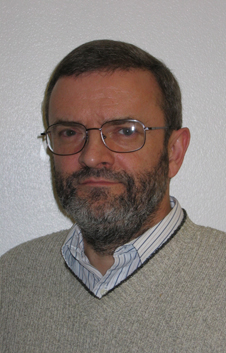 Thatcher is the Project Manager for the Mid-Infrared Instrument (MIRI) Optical System that, when linked with the MIRI Cooler System, forms the complete MIRI System. He has worked in the space industry for 30 years. The European side of MIRI is provided by the MIRI European Consortium, a grouping of 32 scientific institutes spread across 10 European countries that designed and developed MIRI in conjunction with NASA Jet Propulsion Laboratory, ESA and NASA. The Consortium is led by the European principal investigator and managed by Thatcher. ”No better description of my job has been found than 'cat-herding',” says Thatcher. “Having the big picture at the instrument level and bringing it all together, is made so much easier by having a first-class team working on the job.”

MIRI has a very modular design, which enabled the hardware elements to be developed by different institutes under a distributed management and systems engineering approach. Thatcher's role is thus primarily one of coordination of the Consortium and its suppliers in order to deliver the fully-tested and qualified MIRI Optical System to the Science Instrument Module (ISIM) team at NASA Goddard Space Flight Center and then support the subsequent integration and testing right through to launch.

During MIRI's development phase, it was not uncommon for David Wright to collaborate with 10 different countries in one week. Now he says that number is down to three per week.

Wright is the European Consortium (EC) Engineering Manager for the MIRI. He enjoys working in a consortium for an international partnership. In addition to the 21 institutes that make up the EC and their subcontractors, he works with a dispersed team of lead engineers in the United Kingdom and Germany. He also interacts with the MIRI Science Team; the European Space Agency; NASA Goddard Space Flight Center, Greenbelt, Md.; NASA Jet Propulsion Laboratory, Pasadena, Calif.; and the Space Telescope Science Institute, Baltimore, Md.

Wright has been the EC Engineering Manager from the start of MIRI pre-phase B. He's been instrumental throughout all stages of its system and equipment level design, build and test leading to the delivery of the flight instrument to the Integrated Science Instrument Module (ISIM). He works for Astrium Ltd. in the United Kingdom. 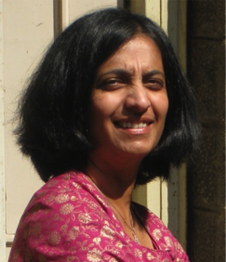 Some people think sending their children to school for the first time is difficult. Try prepping an instrument that's going to be shipped out a million miles into space.

Sukhatme is the Project Manager for the MIRI. She works at NASA JPL and her research focuses around low-temperature transport properties on surfaces and "Josephson junction behavior" in superfluid Helium. She has contributed to the technology development of infrared detectors and their operation for spaceflight missions. At JPL, she served as the test lead for the SPIRE instrument on the Herschel/Planck mission that launched in May 2009. She led the MIRI Focal Plane Module development, delivering the flight and spare units in September 2009.