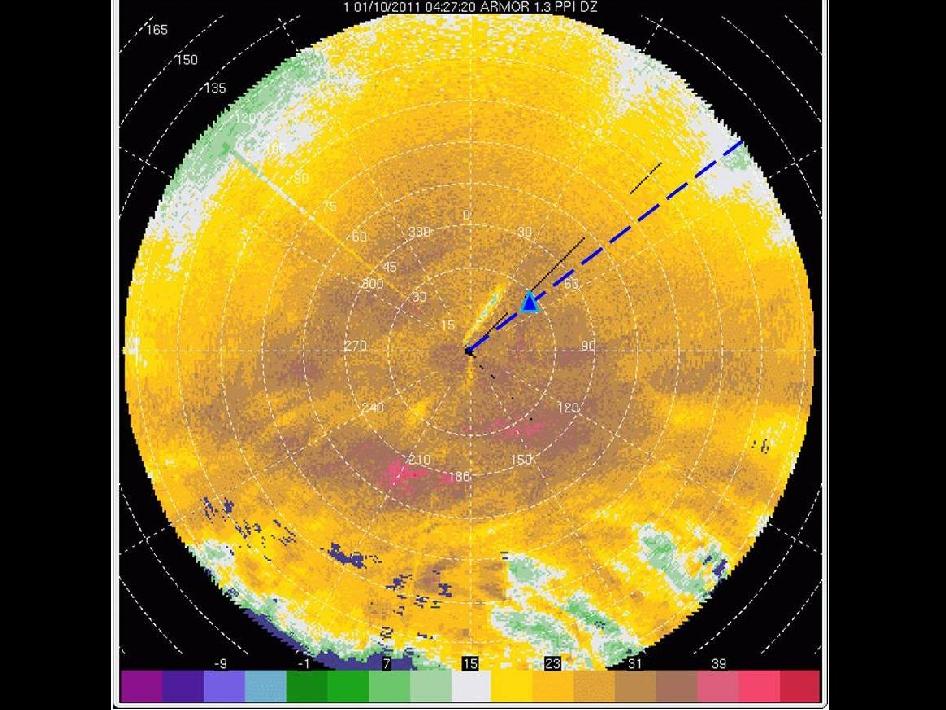 This image shows a horizontal map of snowfall echo, as observed by the ARMOR radar over Huntsville, Ala., on Jan. 10, 2011, at 10:28 p.m. CST -- just prior to the first lightning flash detected. The warmer the color, the heavier the snowfall. The white dashed rings are spaced every 9.4 miles from the radar. The blue triangle represents the location of the NASA/University of Alabama in Huntsville science center, where many of the snowfall particle size measurements were collected. The blue dashed line represents the orientation of a vertical cross-section of the snowfall taken in the next image by the ARMOR radar.