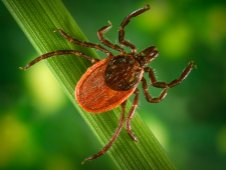 Blacklegged ticks are known as one of the disease transmitting organisms for Lyme disease. (Credit: CDC)
View large image 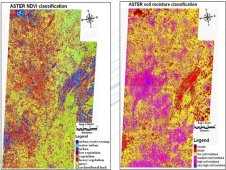 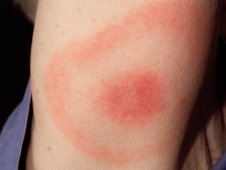 A "bull's-eye" rash appears at the site of a tick bite on the right upper arm of a woman who subsequently contracted Lyme disease. (Credit: CDC)
View large image 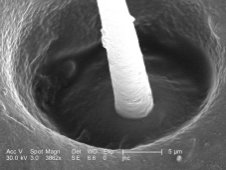 Under high magnification, this scanning electron micrograph (SEM) depicts the base of "hair" emanating from the back of an unidentified male tick found on a cat. (Credit: CDC)
View large image

The students, participating in a NASA program called DEVELOP, have spent three school terms looking at habitats favorable for the proliferation of the blood-sucking arachnids.

DEVELOP is a mentorship and training program sponsored by the Applied Sciences Program in NASA's Earth Science Division of the Science Mission Directorate in Washington, D.C. DEVELOP engages students in scientific fieldwork and lab study and teaches them how to analyze research results and share them with scientific and public communities.

The students deliver research results, measurements and predictions that address local policy and environmental concerns, and develop professional-caliber products to aid community leaders and local and state governments with decision-making. In the process, the students gain real-world research experience -- and the capability to contribute immediately to the science community.

During the summer of 2009 through spring 2010 sessions, students chose to work with NASA's satellite-based, remote-sensing technology, and geographic information systems software to focus on research into Lyme disease. The disease can become a serious, chronic illness in humans when undiagnosed and untreated.

As the final element of their DEVELOP program work, participating students are establishing venues to directly educate the public about Lyme disease. This summer, they will work with Girl Scout troops and camps around northern Alabama, providing scouts and adult supervisors with information about tick-borne diseases and prevention methods. Additionally, student researchers attend conferences to convey what they have learned, increasing awareness not just of the serious risk of Lyme disease exposure, but also of the DEVELOP program itself. Their outreach effort helps NASA to recruit new groups of potential applicants and explore future research topics and collaborations.