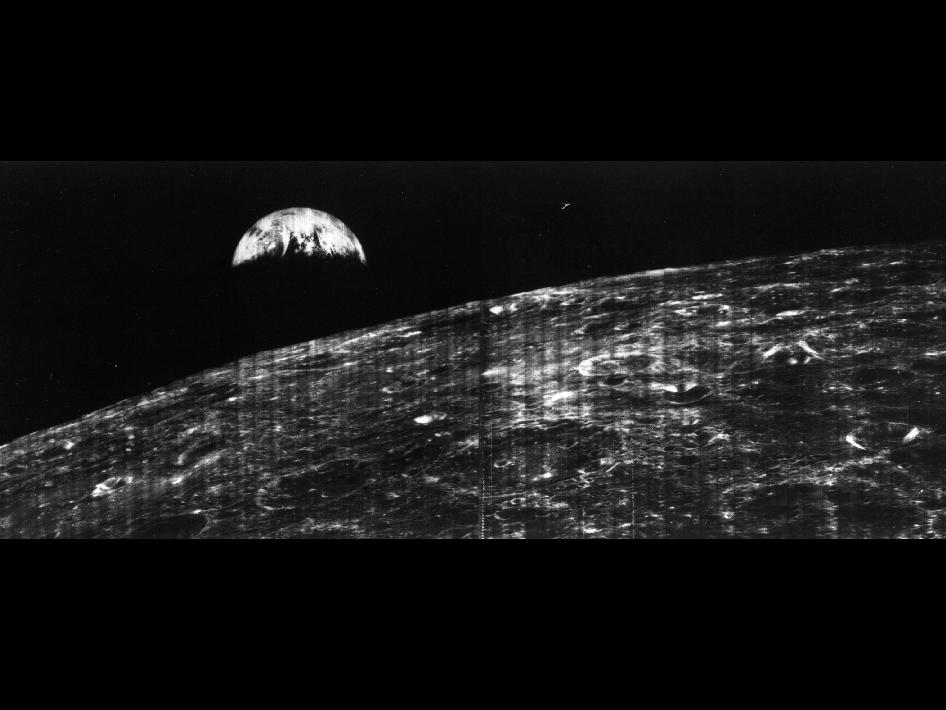 The world's first view of Earth as released to the public taken by a spacecraft from the vicinity of the Moon. The photo was transmitted to Earth by the United States Lunar Orbiter I and received at the NASA tracking station at Robledo De Chavela near Madrid, Spain. This crescent of the Earth was photographed August 23, 1966 at 16:35 GMT when the spacecraft was on its 16th orbit and just about to pass behind the Moon.