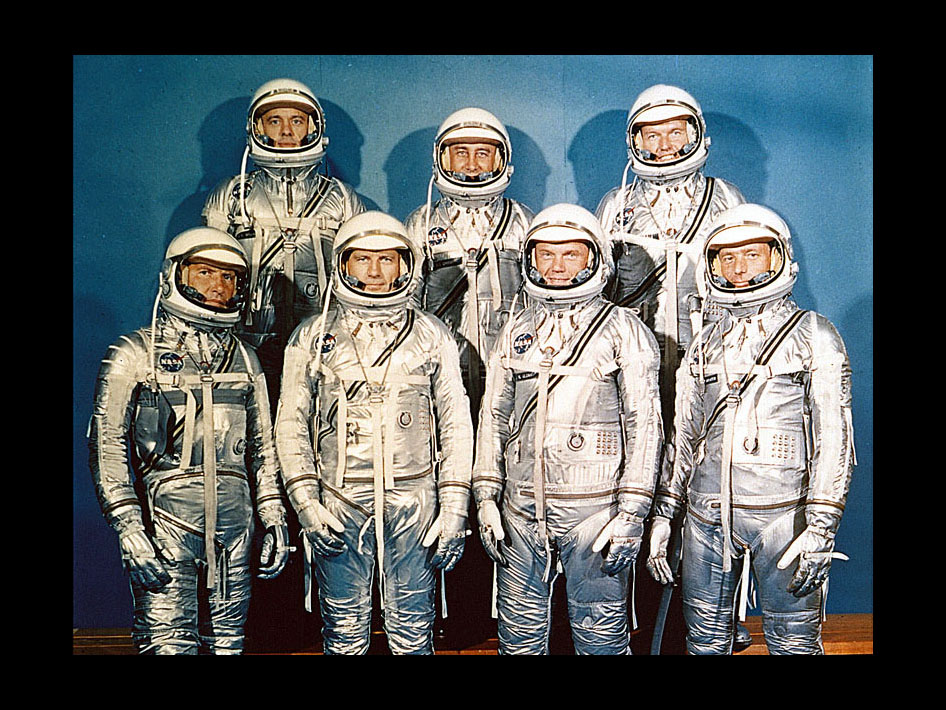 NASA introduced the Project Mercury Astronauts to the world on April 9, 1959, only six months after the agency was established. Known as the Mercury 7 or Original 7, they are: front row, left to right, Wally Schirra, Deke Slayton, John Glenn and Scott Carpenter; back row, Alan Shepard, Gus Grissom, and Gordon Cooper.