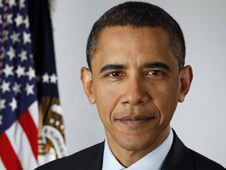 President Barack Obama Ten years ago, seven brave astronauts gave their lives in the name of exploration when America's first flight-ready space shuttle, Columbia, failed to return safely to Earth. Each year, on NASA's Day of Remembrance, we honor the crew of that Columbia flight, as well as those of Challenger and Apollo 1, and all the members of the NASA family who gave their lives in the pursuit of expanding our Nation's horizons in space-a cause worthy of their sacrifice and one we must never forget.

The exploration of space represents one of the most challenging endeavors we undertake as a Nation. Whether it's landing a 1-ton rover on Mars, building a space telescope 100 times more powerful than the Hubble, or preparing to send humans beyond the Moon, it's imperative America continues to lead the world in reaching for the stars while giving us a better understanding of our home planet.

As we undertake the next generation of discovery, today we pause to remember those who paid the ultimate sacrifice on the journey of exploration. Right now we are working to fulfill their highest aspirations by pursuing a path in space never seen before, one that will eventually put Americans on Mars.

A new suite of space technologies is being developed, an advanced spacecraft is being readied for its first test flight next year, and the biggest booster since the Apollo-era Saturn V is well on its way to launching a new American journey into deep space. New innovative partnerships with U.S. industry are being forged, while high-tech jobs are being created for the next-generation of American scientists and engineers.

Space exploration and the sacrifice these pioneers made benefits us all.

Today, we honor their lives and recommit ourselves to living up to their shining example.
› Back To Top