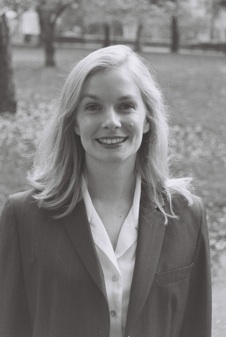 Nadine Unger, a climatologist with NASA’s Goddard Institute for Space Studies in New York City, spoke with NASA's Earth Science News Team about her recent study that analyzed how different human activities impact climate. The study appeared in the Proceedings of the National Academy of Sciences in February.

NASA's Earth Science News Team: Your research suggests that the climate science community ought to shift its focus from looking at the impacts of individual chemicals to economic sectors. Why?

Nadine Unger: There's nothing "wrong" with dividing climate impacts up by chemical species, but it's not particularly useful for policy makers. They need to know which human activities are impacting the climate and what the effect will be if they attempt to curb emissions from a particular sector. Also, there's a great deal of complexity in our emissions that they need to be mindful of if we want to mitigate climate change efficiently.

NASA: What sort of complexity?

Nadine Unger: Some sectors of the economy produce a mixture of pollutants -- particularly aerosols -- that cause cooling rather than warming in the short term. Since warming can accelerate as we remove aerosols, we've been inadvertently geoengineering for decades with aerosol emissions.

Take the heavy industry and shipping sectors, for example. These sectors burn a great deal of coal and bunker fuel, which releases carbon dioxide, which causes greenhouse warming. But they also release sulfates, which cause cooling by blocking incoming radiation from the sun and by changing clouds to make them brighter and longer-lived. In the short term, the cooling from sulfates actually outweighs the warming from carbon dioxide, meaning the net impact of the shipping and heavy industry sectors today is to cool climate.

Compare that to cars and trucks, which emit almost no sulfates but a great deal of carbon dioxide, black carbon, and ozone -- all of which cause warming and happen to be very bad for human health. Cutting transportation emissions would be unambiguously good for the climate in the short term, while cutting heavy industry emissions would have less of an impact right now.

NASA: You keep mentioning "short-term" impacts. Could the climate impacts of some sectors of the economy change over longer time periods?

Nadine Unger: Yes. Greenhouse gases have a much longer lifespan -- or residence time -- in the atmosphere than aerosols, which typically rain out after a few days or weeks. This means that the impact of greenhouse gases can accumulate and intensify over time, while the aerosol effects become comparatively less important on longer time scales due to the accumulation of carbon dioxide.

NASA: You've mentioned industry, shipping and on-road transportation. What other sectors of the economy did you analyze?

NASA: What is biomass burning?

Nadine Unger: Mainly tropical forest fires, deforestation and savannah and shrub fires. We also looked at agricultural waste burning, which relates to seasonal clearing of the fields common in many countries in Africa and South America.

NASA: So, does this mean that pollution from industry and biomass burning is good for the climate?

Nadine Unger: No, not at all. Both of those sectors contribute to warming over the long term, so we'll have no choice but to reduce our emissions over time. But these sectors do mask warming from greenhouses gases in the short term. Just because an activity causes cooling in the short-term does not mean that it is ‘good’ for the climate. The emissions might disturb other aspects of the climate system including the amount of rainfall in a region and therefore the water supply to humans.

NASA: Where did you get all the information about emissions?

Nadine Unger: We used emission inventories assembled by colleagues. For instance, a colleague from the University of Illinois -- Tami Bond -- has some of the best information on some types of aerosols, such as black carbon.

NASA: But how can you estimate the impacts of emissions that haven't happened yet?

Nadine Unger: We used a computer model at GISS to look at future at climate impacts if we continued emitting pollutants at today's rate. Using this approach, we looked specifically at two snapshots in time: 2020 and 2100.

NASA: What can we do if we want to minimize climate change in the near term?

Nadine Unger: Well, our analysis suggests that on-the-road transportation and household biofuels are very attractive sectors to target. We can reduce human warming impacts most rapidly by tackling emissions from these sectors. In order to protect climate in the longer term, emissions from power and industry must be reduced.

NASA: Are there any uncertainties in your results?

Nadine Unger: There are. There's a large amount of uncertainty about how aerosols affect climate, especially through the indirect effects on clouds. Hopefully, NASA's Glory mission will help reduce the uncertainties associated with aerosols.

NASA: What direction do you see your research going next?

Nadine Unger: Our focus has been on global climate so far, but in future work we'll assess regional climate impacts, as well as other disturbances to the climate system, such as effects on the water supply and land ecosystems.

In addition, we plan to investigate many of the sectors in greater detail. In the power sector, for example, we might look specifically at power stations that operate with coal or natural gas. And in the on-road transportation sector, we might break out heavy- from light-duty vehicles.

Finally, we're planning to partner with environmental economists to determine the damage costs of emissions from all the sectors due to both climate and air quality impacts, results that we can use to develop alternative mitigation scenarios.

Other Research by Nadine Unger
› http://pubs.giss.nasa.gov/authors/nunger.html