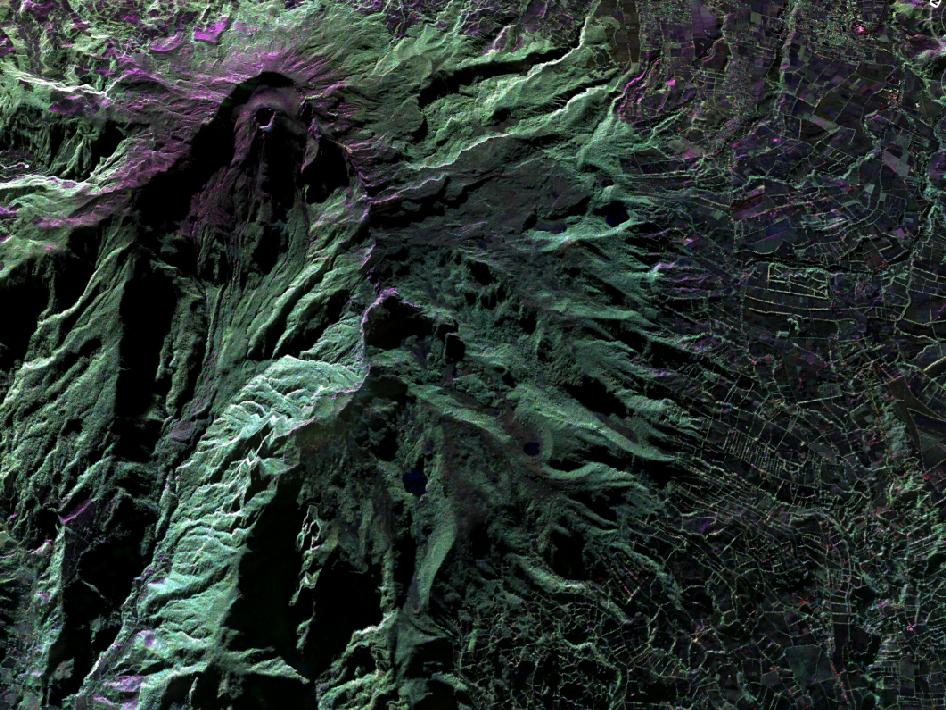 False-color image of Colombia's Galeras Volcano, acquired by UAVSAR on March 13, 2013. A highly active volcano, Galeras features a breached caldera and an active cone that produces numerous small to moderate explosive eruptions. It is located immediately west of the city of Pasto. UAVSAR will precisely fly the same flight path over the volcano in 2014. By comparing these camera-like images taken at different times, interferograms are generated that reveal changes in Earth's surface caused by volcanic deformation.