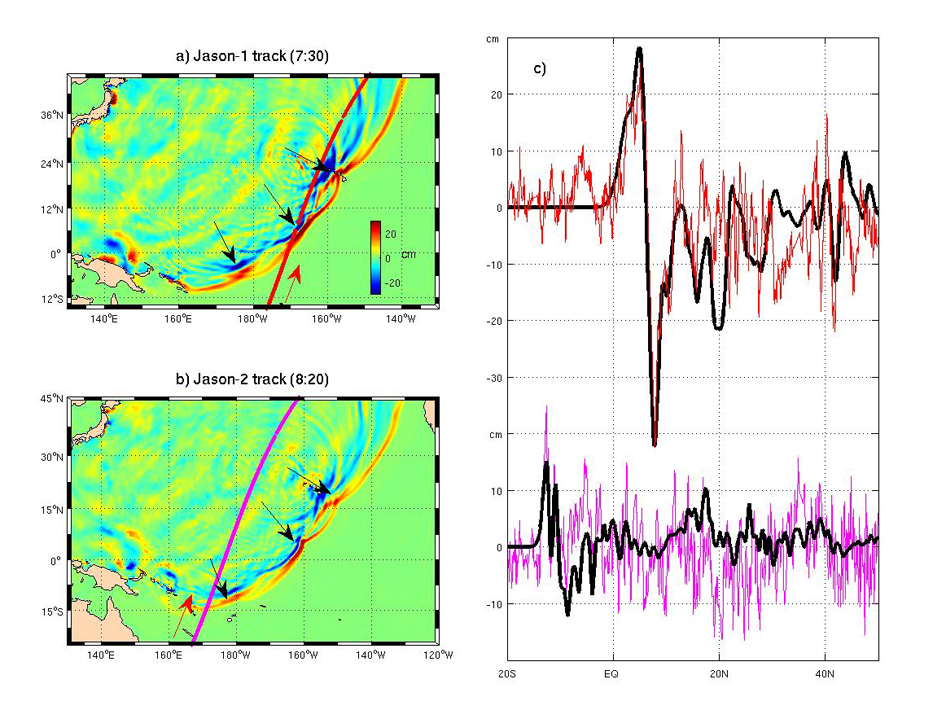 Merging Tsunamis of the 2011 Tohoku-Oki Earthquake

NASA satellite altimeter data on the major and destructive tsunami generated by the March 11, 2011 magnitude 9.0 Tohoku-Oki earthquake off Japan's northeastern coast were used to confirm the existence of long-hypothesized "merging tsunamis" capable of traveling long distances without losing power. The NASA/French Space Agency Jason-1 satellite (top left) passed over the tsunami 7 hours and 30 minutes after the earthquake and was able to 'see' a large wave resulting from merging tsunami jets. The NASA/European Jason-2 satellite (lower left) passed over the region 8 hours and 20 minutes after the earthquake and observed the normal tsunami wave. In the figures on the right, the satellite-observed tsunami height data (red and pink lines) was confirmed by JPL computer model predictions (black lines) based on 1,200 measurements of ground displacement from Japanese GPS stations. The satellites cannot change their orbit or be directed to view specific events, but may, by chance, be able to observe ocean phenomena such as this.