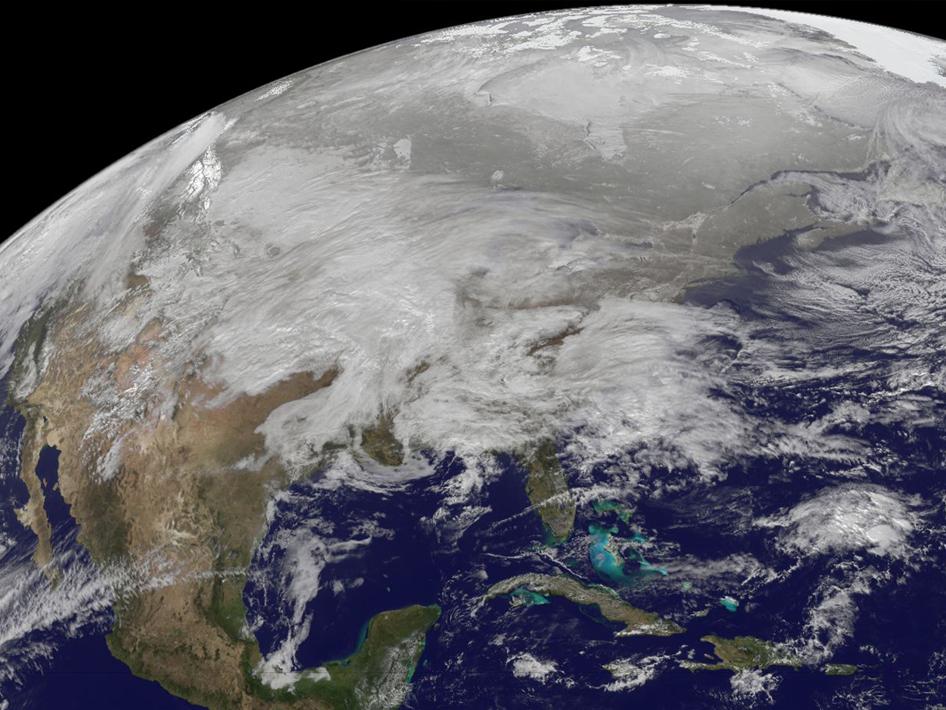 This visible image was captured by the GOES-13 satellite and shows the low pressure area bringing snowfall to the Midwest Jan. 31, 2011. Heavy snow is expected today in portions of northern Iowa, southern Minnesota and Wisconsin. Snowfall from the system extends from Michigan west to Montana, Idaho, Utah and Arizona. A mix of rain and snow also stretches into the Ohio and Tennessee valleys, and it is all moving east. This system appears to be as large as 1/3rd of the Continental U.S. The image was created on Jan. 31 at 12:45 p.m. EST (1745 UTC) by the NASA GOES Project, located at NASA's Goddard Space Flight Center in Greenbelt, Md. The GOES series of satellites are operated by NOAA.