Grow Text SizeShrink Text Size
NASA Planning Major Airborne Scientific Study in Southeast Asia
Editor's Note – On June 26, 2012, NASA cancelled the SEAC4RS mission, which was scheduled to begin in August 2012, due to the absence of necessary approvals by regional authorities in the timeframe necessary to support the mission's planned deployment and scientific observation window. 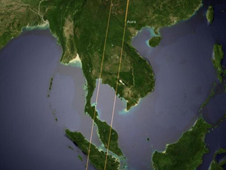 Aircraft flights will be coordinated with observations from NASA's A-Train fleet of satellites, including Aura, which pass over the region every day. Credit: NASA 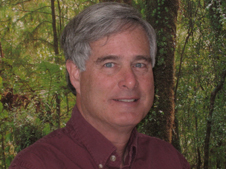 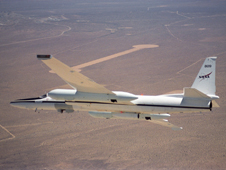 NASA's high-altitude ER-2 is one of several aircraft that will carry instruments to sample the Southeast Asian atmosphere. Credit: NASA
More than 150 scientists, technicians and airborne research specialists gathered in Boulder, Colo., last month to develop strategies for doing something that has never been done before: probing a vast expanse of the Southeast Asian atmosphere from top to bottom at the critical time of year when strong weather systems and prolific regional air pollution pump chemicals and particles high into the atmosphere with potentially global consequences for Earth's climate.

The daunting effort this group is crafting will be NASA's most complex and ambitious airborne science campaign of the year: the Southeast Asia Composition, Cloud, Climate Coupling Regional Study, or SEAC4RS. With support from the National Science Foundation and the Naval Research Laboratory, the campaign will draw together coordinated observations from NASA satellites, several research aircraft, and an array of sites on the ground and at sea. The campaign is sponsored by the Earth Science Division in the Science Mission Directorate at NASA Headquarters in Washington.

Pending approval of NASA's plans by the government of Thailand, where the flights would originate, SEAC4RS will take to the field in August. The campaign is being lead by Brian Toon, chair of the University of Colorado's Department of Atmospheric and Oceanic Sciences. Toon is a veteran of NASA airborne campaigns, including flights to study the Antarctic ozone hole and atmospheric effects of volcanic eruptions.

"Southeast Asia is a really important part of the world. A large fraction of the world's population lives there," said Toon. "There are emissions from big seasonal fires and megacities that are moved around the region by a complex meteorological system. When these chemicals get into the stratosphere they can affect the whole Earth. They may also influence how the seasonal monsoon system behaves. With SEAC4RS we hope to better understand how all these things interact."

Some scientists believe that Southeast Asia is the primary place where new air is transported into the stratosphere. SEAC4RS will investigate that hypothesis and provide new insights into exactly what the effects are of the pollution vapors and tiny particles called aerosols that reach the stratosphere. Do the particles reflect incoming solar energy and produce a net cooling of our planet? Do the gases alter the chemical balance of the upper atmosphere and features like our protective ozone layer? SEAC4RS will address these issues of global concern.

Jeffrey Reid of the Naval Research Laboratory's Marine Meteorological Division in Monterey, Calif., the SEAC4RS lead for aerosol and radiation activities, is working on other environmental issues much closer to where people live. "Many scientists in Southeast Asia and the United States want to improve air quality forecasting in the region. This requires that we understand how pollution and the weather interrelate. Nowhere on Earth compares to Southeast Asia’s complex meteorology. It may be the most difficult place on the planet to forecast. Because the region hosts both severe air pollution episodes and some of the cleanest areas on Earth, it is an excellent natural laboratory to understand how pollution, weather and climate interact."

Reid's research is focused on developing methods to monitor the lifecycle of air pollution particles in Southeast Asia and to what extent aerosol pollution can change clouds. From a global climate perspective, clouds act both to keep energy rising from Earth's surface in the atmosphere and to reflect incoming solar energy back into space. Aerosols can change the blanket-like and mirror-like properties of clouds to change this energy balance. On a local level, the tiny pollution particles are thought to influence weather conditions by changing the timing and amount of rain falling from clouds.

SEAC4RS planners will be using a suite of scientific instruments in orbit, in the air, and on the ground to paint a detailed view of these intertwined atmospheric processes. As NASA's A-Train fleet of formation-flying satellites passes over the region every day, sensors will detect different features of the scene below.

NASA's ER-2 high-altitude aircraft will fly into the stratosphere to the edge of space while the National Science Foundation's G-V and NASA's DC-8 aircraft sample the atmosphere below it. An array of sensors spread across the region at locations on the ground and in the South China Sea will observe the atmosphere from the bottom up.

Another benefit of this thorough examination of the region's atmosphere will be more accurate satellite data. "Southeast Asia is an incredibly difficult place to do satellite remote sensing because clouds so often get in the way," said Hal Maring of the Earth Science Division at NASA Headquarters. "By using aircraft to collect data from inside the atmosphere rather than above it, we can compare those measurements with what our satellites see and improve the quality of the data from space."

NASA has proposed to base the SEAC4RS aircraft in Thailand so that the planes can sample the two big meteorological drivers of the region's atmospheric circulation: the summertime monsoon circulation to the west and marine convection to the east and south that can loft emissions into the stratosphere.

There is a lot of tricky coordination involved in planning a major field campaign like SEAC4RS, especially in a region made up of so many different countries. The Boulder meeting was the first time that everyone involved in the project got together to discuss detailed flight plans, logistics, and schedules.

"This is certainly one of the largest airborne campaigns NASA has undertaken," said Toon. "We have a diverse fleet of aircraft, a lot of different scientific communities involved, and we are flying over a new region for us. But it's exciting to see all these different people come together to tackle a big scientific problem," Toon said.