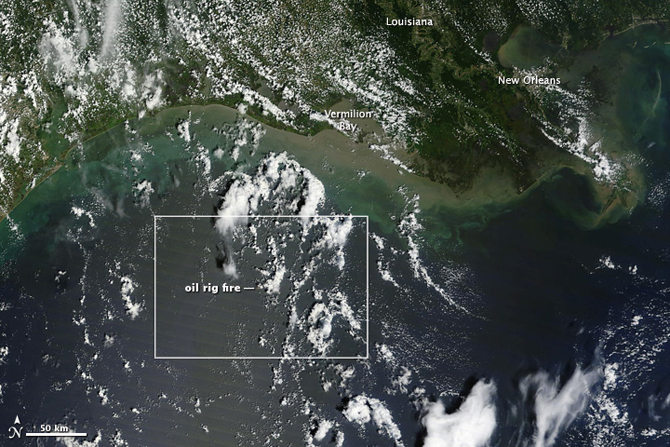 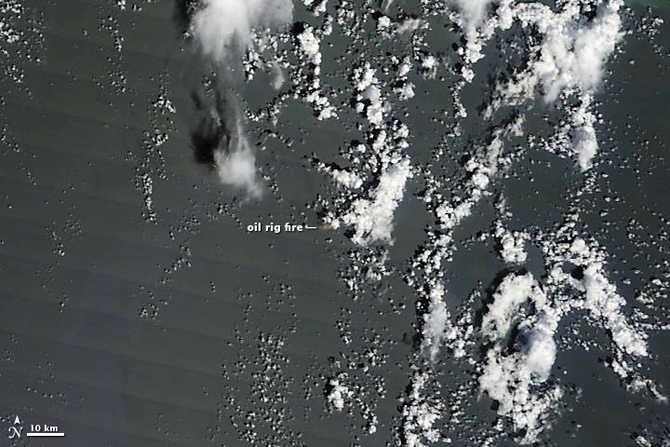 A fire broke out on an oil rig in the Gulf of Mexico around 9:30 a.m. CDT on Sept. 2, 2010. The Moderate Resolution Imaging Spectroradiometer (MODIS) on NASA’s Terra satellite captured this image of the smoke plume a little more than two hours later. The top image provides a wide view of the gulf, including the Louisiana coastline. The lower image is a detailed view of the oil platform fire. The extent of the detailed image is outlined in the wide image.

The brown smoke plume is small and shadowed by a cloud. It is much smaller than the smoke plume from the fire on the Deepwater Horizon rig in April 2010.

As the wider image shows, the platform is about 130 kilometers (80 miles) south of Vermilion Bay, Louisiana. Holli Riebeek
NASA's Earth Observatory
› Back To Top