As NASA's Operation IceBridge resumed Antarctic science flights on Oct. 12, 2012, researchers worldwide had their eyes on Antarctica's Pine Island Glacier ice shelf, the site of a large rift measured during last year's campaign. This 18-mile-long crack is the start of a calving event that could potentially create a massive iceberg. The Pine Island Glacier broke large icebergs in 2001 and 2007, but the 2011 IceBridge survey marked the first time a rift has been measured in great detail from the air. IceBridge will be based out of Punta Arenas, Chile, in October and November.

The ice shelf remained stable throughout the 2011 IceBridge campaign and in the months since then. Scientists around the world have been keeping tabs on the rift using various satellite instruments. The images displayed here show changes in the Pine Island Glacier rift over the past several months and are from the MODIS instruments on NASA's Aqua and Terra spacecraft and the synthetic aperture radar instrument aboard the TerraSAR-X satellite operated by the German Aerospace Center. 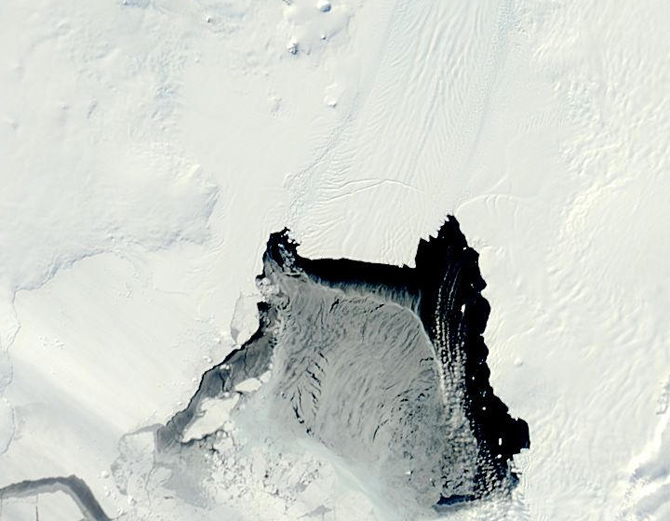 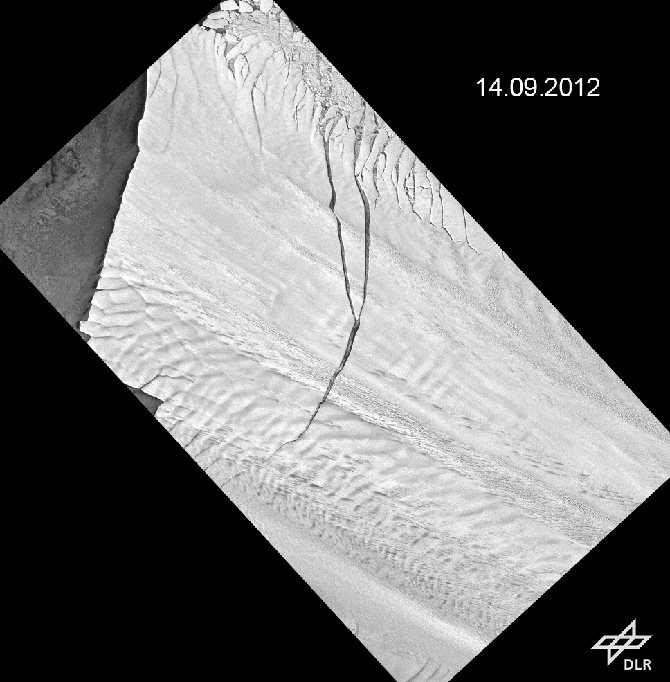 For more information about MODIS, visit:

For more information about TerraSAR-X, visit: